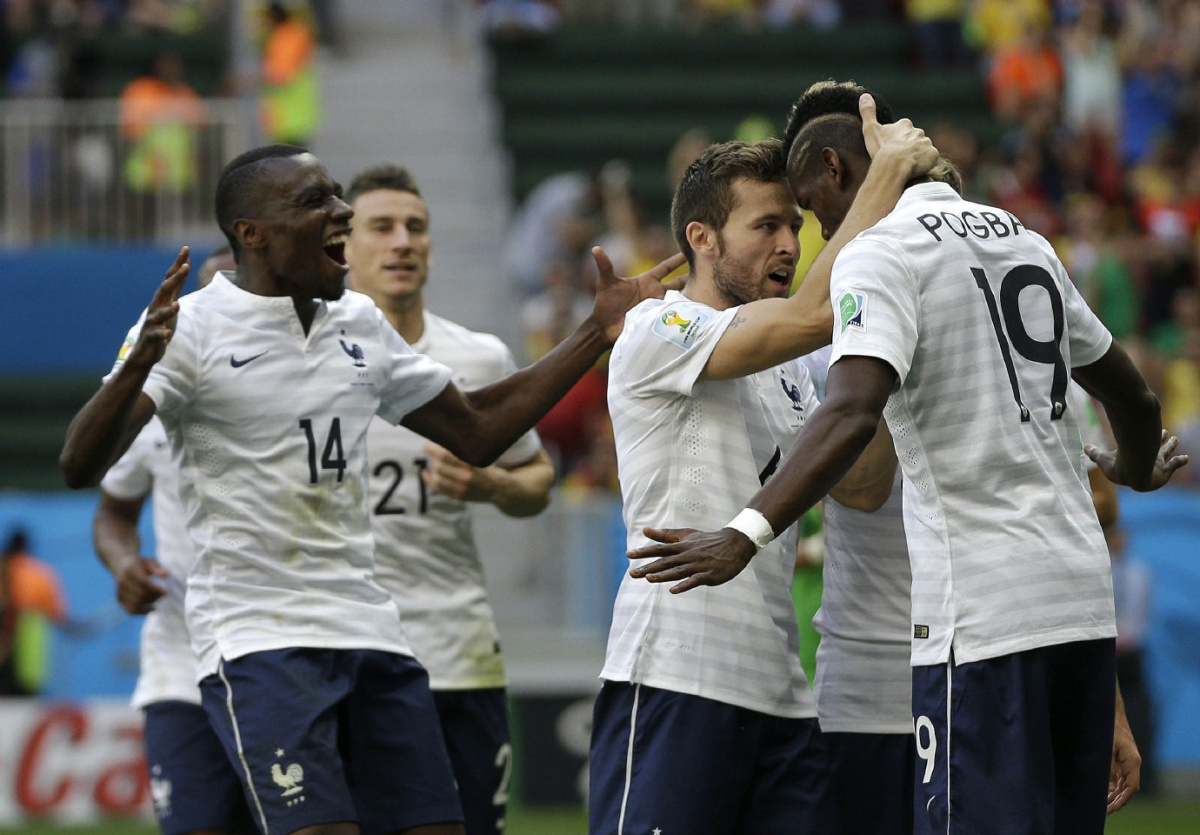 The whole world now knows a secret that previously was known only by Juventini: Paul Pogba is really, really good. While Pogba has had a mixed – but generally good – run of things so far at this World Cup, that all changed as he led France to a 2-0 victory over Nigeria. Pogba scored the first French goal, and he had been threatening Nigerian keeper Vincent Enyeama prior to that.

Nigeria almost opened the scoring early, but the “goal” was called offside. Neither side could break through that 0-0 wall, though Pogba and his teammates came close several times as did the Nigerian players. It’s a credit to both keepers that neither team scored for so long, but one can only stop the Pogba for so long.

A French corner kick led to a chance for Pogba, who headed in the ball from close range to give France a 1-0 victory. Pogba was overjoyed, and stated as such after the match.

“To score a goal for your country, especially in such an important game as this, to get into the last eight of the World Cup, is one of the best moments of my life.” (via FIFA.com)

While it’s disappointing to know that his goal versus Torino wasn’t the best moment of his life, it’s great to see Pogba doing so well on such a big stage. As if we needed further confirmation of his skill.

It wasn’t just the goal that made Pogba’s game so good, it was his all around play. Pogba’s role with France is interesting – he has the usual box to box defending duties but in attack he is given some freedom. He’s not quite a regista, and he’s certainly not one of France’s prime attackers – due more to the skill of the French strikers and wingers – but he is given freedom to get in space outside the 18 yard box and cause problems. Hence we saw him try for that patented Pogba wonder goal on a few occasions – though I also noticed other times where Pogba – smartly- went for the pass instead of the shot.

His game is rapidly developing, and Juventus will be reaping the benefits of this growth come the club season. As we covered here on the site earlier, his agent Mino Raiola said that Pogba will stay at Juve – for now.

Pogba’s France are now onto the quarter-finals, and they could be a threat to win the whole thing. If that were to happen, Pogba will be a key fixture of such a run.