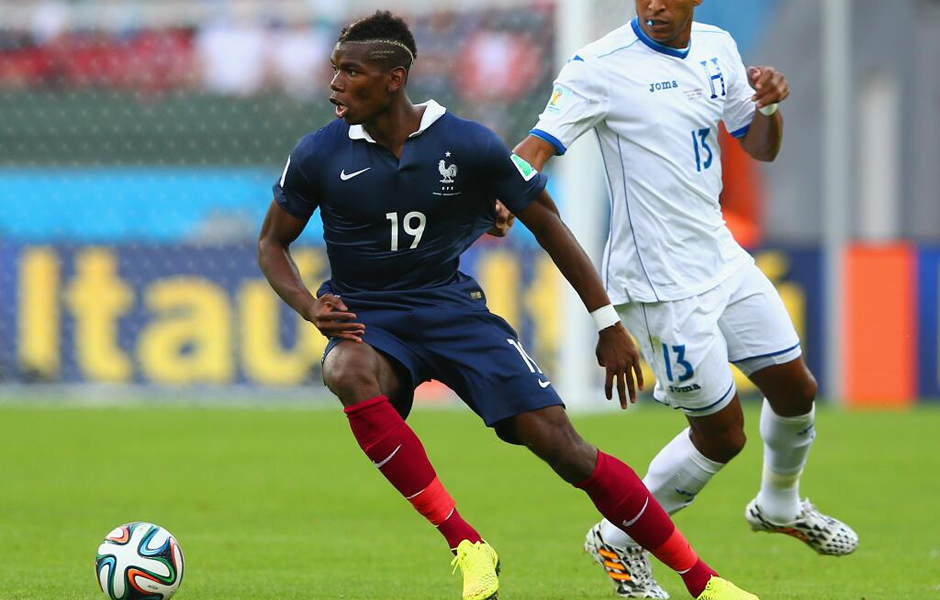 In what was arguably the most one sided match so far of this World Cup – save for maybe Spain vs Holland – France beat Honduras 3-0 thanks to an own goal and a Karim Benzema brace. France limited Honduras to only one shot on target, while also keeping 71% possession during this match, stats that help illuminate France’s domination.

That said, it took nearly an entire half for France to score. Near the very end of the first half, Pogba was fouled in the box by Wilson Palacios. Palacios had earlier been cautioned for stepping on Pogba – an incident that almost caused a fight – and 20 minutes later he knocked down Pogba in the box. Pogba, who had been served with a yellow earlier for the incident involving Palacios’ stomp, was awarded the penalty which Karim Benzema converted.

Benzema would later score a goal from the run of play, and he was involved in France’s second goal, an own goal.

The red card totally put Honduras out of the game, though their physicality saved them from a more embarrassing scoreline. While Honduras did become the first CONCACAF team to lose at this World Cup, they provided a stereotypical physical – some would say overly so – CONCACAF performance. Sadly for Honduras, France was far better.

Pogba was substituted off in 57th minute, presumably due to the yellow card he had earned earlier. Regardless, Pogba had a pretty good match. It wasn’t a devastating performance, but he performed admirably and won that decisive penalty. His movement and dribbling were on display and caused Honduras’ some problems, which led to Pogba getting fouled several times.

France will have to face both Ecuador and Switzerland, two teams that put on a great match earlier today, but they are very much the favorites in their group. Both games should see further improvements by Pogba, and by France in general.