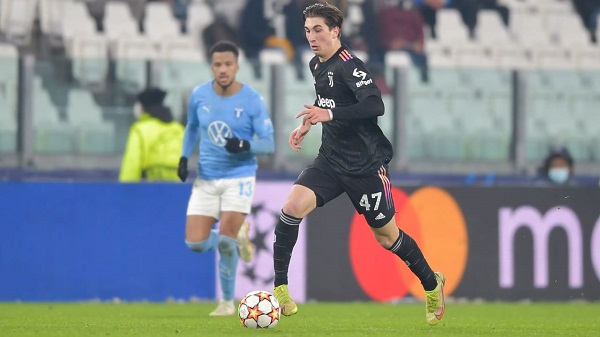 On Tuesday, Juventus U-19 made history by reaching the UEFA Youth League Semi Finals for the first time in the club’s history.

The young Bianconeri starlets hosted Liverpool in Turin in the Quarters, and earned a 2-0 victory thanks to second half goals from Fabio Miretti and Ange Josuè Chibozo.

While the majority of the young squad are probably enjoying a well-deserved rest, Miretti will have double-duty this midweek as he rejoins the senior team.

Max Allegri decided to call-up the young midfielder for the crucial second leg battle against Villarreal in the Champions League round of 16.

Due to the absence of Weston McKennie and Denis Zakaria, the manager has few options in the middle of the park.

Therefore, the 18-year-old has been a part of the senior during the last few weeks, and this will be the case once again on Wednesday night.

Calling up the teenager just one day following his Youth League heroics is another sign of Allegri’s major confidence in the player.

However, we can only expect him to feature in case of a true emergency. Otherwise, he’ll remain on the bench, reminiscently to the previous fixtures.

Moreover, Miretti only left the pitch yesterday on the 92nd minute, so he’s probably unfit to feature for a long spell this evening.