Our heaviest defeat of the campaign, and one which whilst unexpected comes as no major surprise given the likely release of anxiety and tension born of the fine result in Spain mid-week.

Why the devil Allegri decided to deploy Alves as a CB when Lichsteiner was also playing is beyond me. This was one problem, which was at least remedied deep into the game. Players should be played in their best positions, yet to be fair, with a 7 point lead at the top and the injury list ever growing, I can understand as to why Max chose the players, though not the system. Our slowly recovering stalwarts may have been mangled in such a brutal encounter, so perhaps it was worth the loss, to save them and us in turn, the agony of further admissions to the medical ward.

Still yet to convince; Benatia…

Benatia is not mobile or sharp enough to offer any decent presence in the LCB position, and so why play a wingback system? Leaving Sandro forced to attempt to do the work of two with very little support going forward or when defending.

Still, onto the game…

Bonucci’s mistake for the opener was criminal, and worrying to some degree, coming off what was one of his most perfect performances just a matter of days ago. His attempt at a back heel in a dangerous position led to Buffon making three outstanding saves from close range, but he could do nothing about the fourth.

The second goal was yet again down to individual errors, with Sandro too easily turned on the flank and Benatia standing stuck to the spot, watching the ball not the player, as the deficit was doubled with a fine glancing header past the despairing Buffon.

Again poor marking and shoolboy positioning played key roles in the third, with Sandro playing the striker onside, whose shot hit the post before the brazilian made sure from close range! It was 3-0 within half hour of play. Appalling disarray at the back. Nothing going forward. We were a shambles. Struggling to deal with every attack, looking likely to concede more.

Soon after Bonucci limped out to invite Rugani in his place.

We finally grafted a decent chance just before half time with Mandzukic taken out blatantly in the box, for what was a definite penalty, not given.

Tactical moves gave us greater purpose and shape for the second half, which we pretty much dominated. Chances coming for Khedira from close range, who should have scored and Mandzukic late on who also should have done so much more with his header from close range. We did manage to get on the score-sheet with a trademark free kick from Pjanic. Yet it was too little, too late.

It is also worth noting that we played the final 20 minutes with ten men as Alves suffered a fractured leg and was stretchered off.

Buffon – World class triplet of saves was not enough to deny the opener and he could do little for the following two strikes which passed him. 6

Bonucci – Off the pace, and it was his horrible error which led directly to the first goal. Given his season has been consistently impressive, we can forgive him this wretched misjudgement, and hope it is an anomaly rather than a return to his error prone game of yesteryear. 4

Benatia – The big lad lacks the pace to play on either side of the CB in a 3-5-2. He was slothful, unable to read the game well and largely uninvolved. His marking was appalling. 4.5

Alves – Useless in a role not at all suited to his RWB/RW natural game. Yet much improved when moved higher up the field. He will likely not return until February or March. 5.5

Sandro – Hugely affected by a poor Pjanic in the first half and steady lack of support from Benatia. Which led to probably his poorest outing in our colours. 5

Lichsteiner – He is going to need to improve if we are to retain top spot domestically, for this was one to forget for the Swiss Locomotive. No cohesion, rarely any ground made up top, and few tackles of note. 5 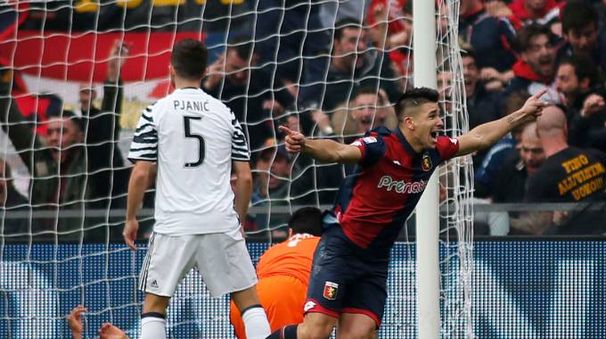 Pjanic. Another wondrous free kick but largely a ghost yet again.

Pjanic – Listless for the opening 45 minutes, but when moved to a more central, even inner right position in the second half, he came to life. Yet it could also have been the opponents sitting off. Sterling free kick and came close with a couple of half chances. 6

Khedira – Missed a gilt edged opportunity in the second, other than which offered very little at either end of the pitch. Needs a break. Or to be reinvented as an alternative regista. 5

Hernanes – Over run and unable to link the play. The Brazillian, who has played well of late, worked hard, but produced so very little. 5

Cuadrado – Another player who was terrible, yet out of position, until given licence to return to his preferred wide right role, where he at least showed himself more physically. 5

Mandzukic – No support, and achieved nothing but earned a rightful penalty that wasn’t given, then missed a header begging to be buried in the second. 5

Higuain – Hustled and bustled, but forged no real chances. At least he didn’t get injured. And why the hell was he not starting? 5.5 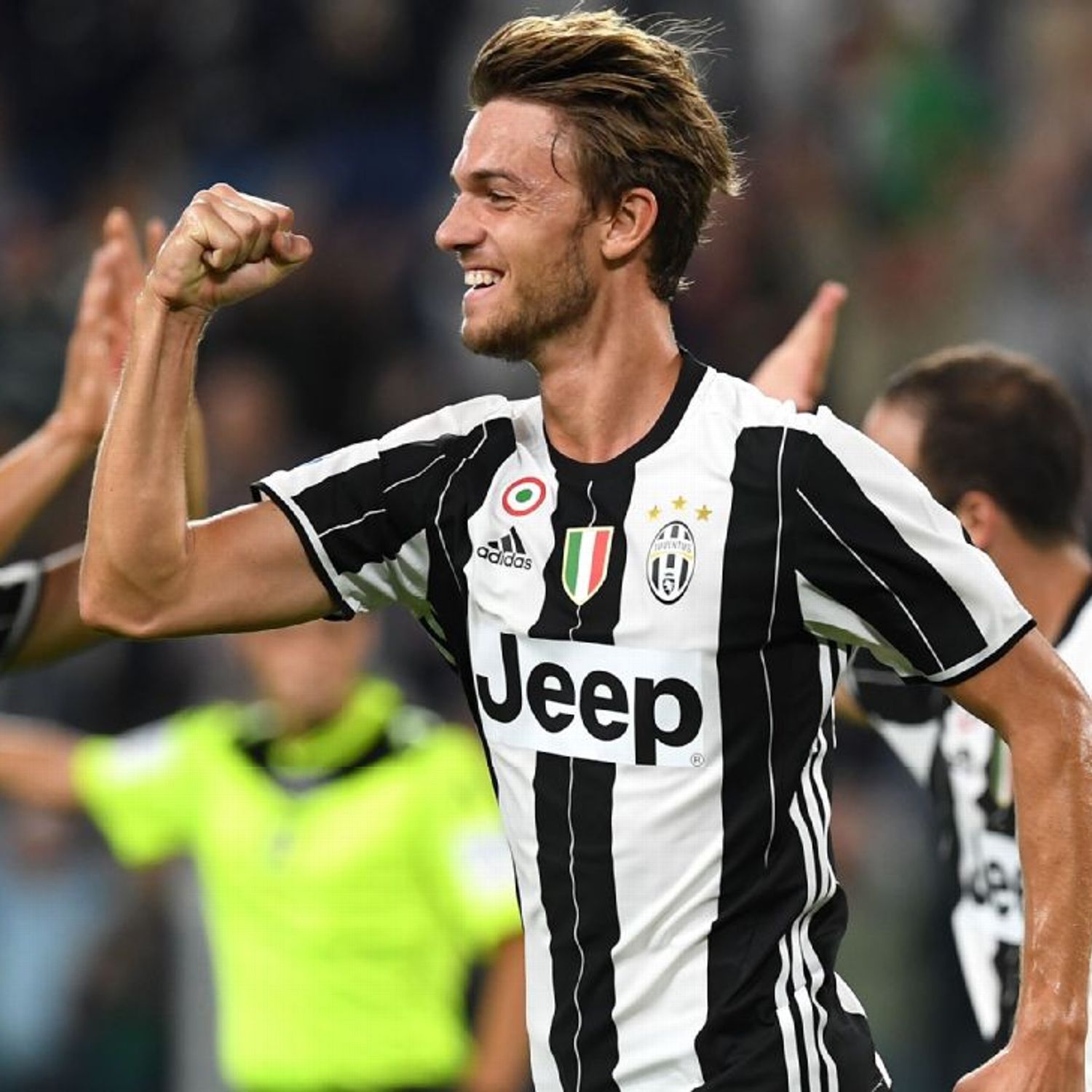 A solid showing from the youngster.

Rugani – One of very few, perhaps the only player, who came out of the game with any credit. The one way traffic stopped when he joined the fray. 6.5

Sturaro – Gave his usual muscle and dynamic offering, but spooned his only decent chance to score. 5.5

Genoa deserved their victory for a stunning first 30 minutes when we were mauled to pieces at the back. Attacking in numbers, they gave their all for the goals, then sat back and soaked up most the pressure.

One positive is that despite the harrowing scoreline, we really should have at least drawn the game on the balance of decent chances created. Mandzukic and Khedira were both guilty of poor misses when a yard or so from goal. Sturaro and Pjanic could have done better with solid openings from just outside the box.

Injuries to Bonucci and Alves compound our woes, and we will surely now be forced to keep Lichsteiner until the Summer who may well have been eager to move on in January, given how swiftly he has fallen down the pecking order. It is the injury to Big Leo which is a more serious concern, for he has been by far our strongest player anywhere on the field this campaign. His absence will be keenly felt. Yet it offers a chance to Rugani and Benatia to find some momentum and sharpness in the defence.

We also have some important, tough games coming up.

Our lead up to the christmas break is gruelling. And the way the injury list is looking we will have to do without Bonucci, Barzagli, Alves, Pjaca, Mandragora with Marchisio, Sturaro, Chiellini, Dybala and Asamoah all working their way back to fitness.

We need those returning from injury to pick up speed swiftly, or we may well find ourselves falling behind in the league standings.

Allegri failed to demand and inspire of the squad the concentration required to avoid slipping up after a brilliant result in Sevilla, which confirmed our progression to the next round of the champions league. Still, that is one target reached. Now he must rally the troops and choose the most solid starting XI fit and available for the tie next Saturday with a very impressive Atalanta. We need confidence after such a humbling experience. The sooner the better, for else I fear an atrophy is possible.

Any side who falls 3-0 down within 30 minutes is either hugely weaker than the opposition or ill prepared. In our case it was the latter.

This can and must serve as a wake up call to the squad en-masse. Both manager and players failed the club, the fans, and our history, for I cannot recall a game when we were so abject for 30 minutes, against a clearly weaker opponent. They had the drive, the confidence, the grinta and in response we had…very little indeed.

All we learned was what we already knew; Alves is never a centre-back and Cuadrado is never a centre-forward. It is how we respond from such a mauling that will offer a more serious indication of our credentials, and so I am glad we have tough games on the horizon.

We still have a squad capable of returning us to the right path. Allegri is now going to be forced to take a risk or three, mainly in terms of bringing back Chiellini, Dybala and Marchisio to the starting XI. I feel Pjanic is long overdue a break. For he is too often absent, other than from set pieces. Although he did look more lively on the right in the second half. Perhaps he could come in and offer Khedira a break. Either would be fine.

That is how I would play against Atalanta, and if it works, keep it going, don’t change it. Build some momentum, regain the winning mentality.

This is a result which will not harm our season unless we allow it to do so. It offers the chance to respond. And respond we must with pride and determination to remind all our enemies that this was a one-off, a momentary lapse, and we remain, a team to be feared…

Down, but certainly not out.

Leonardo Bonucci out for 40-60 days