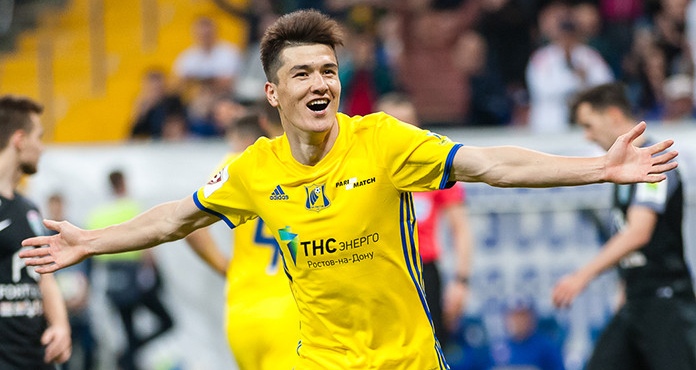 Rumors linking Genoa’s Eldor Shomurodov with a move to Juventus (Tuttosport) were quicky shut down by the Grifone’s president Enrico Preziosi.

According to Calciomercato, The Genoa patron assured that the Uzbek striker will remain at the club at least until the end of the current season.

Shomurodov is one of the several strikers who are reportedly being monitored by Juventus who are looking to bolster their attacking department.

The Bianconeri currently possess a formidable attacking three consisted of Cristiano Ronaldo, Paulo Dybala and Alvaro Morata, but with the current season being a particularly packed one, the three stars would eventually find themselves exhausted if another striker doesn’t arrive soon.

The Uzbakistan international joined Genoa just last summer, and despite only managing to score two goals in ten Serie A appearances, he managed to catch the attention of Calcio fans with some solid performances for the struggling Grifone.

The report adds that although Preziosi’s words were firm on the matter, he made almost the same statement two years ago regarding Krzysztof Piatek – who was Genoa’s breakout star at the time – but that didn’t stop the current Hertha Berlin striker from eventually joining Milan in January 2019.

Thus, it remains to be seen whether Juventus will end up landing the former Rostov forward, who at the age of 25, is considered to be among their youngest targets, as their reported wish-list is filled with veteran names.

In conclusion, despite the words of the president, Shomurodov’s potential transfer to Juventus shouldn’t be considered dead in the water just yet, as a lot can change between now and the end of the January market.