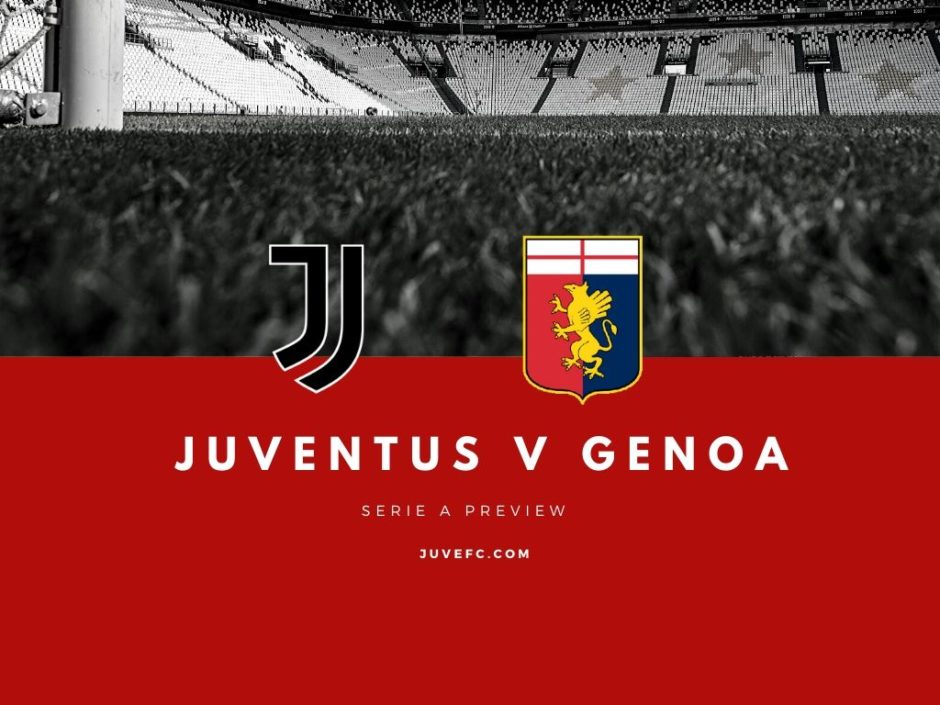 Advantageous situation and sloppy defending aside, the dazzling second half against Lecce makes lacklustre stretches, like the one in the first portion of the very same contest, ever so puzzling. I guess you can not really nitpick what ended up being a 4-0 drubbing, but the opposition was perhaps underestimated at first, luckily the team, to its credit, found ways to create their own positive game-changing events in the last two fixtures and seem to have turned the corner in terms of managing leads. Hopefully it will serve as a painless reminder that no game is actually a gimme in Serie A.

Encouraging developments came from those recovering from injuries or lack of fitness, since Gonzalo Higuain looked good and scored, which is always healthy for a striker, Aaron Ramsey and especially Douglas Costa took a step forward compared to the last tilt. They are going to be major offensive assets when the going will get tougher and an extra jolt will be needed. The added competition is going to keep everybody motivated and on their toes, which can only be beneficial. The negative note was Federico Bernardeschi failing to follow up a splendid display, unfortunately inconsistency has been a constant throughout his stay.

After seemingly never-ending negotiations and some persuasion, the Miralem Pjanic/Arthur swap actually got done, which is incredible given its magnitude and the fact that the two players will have to play for their now former teams for two months. Hopefully the Bosnian international can remain a professional and still give his whole because, even if moving on from him is totally understandable, he remains an integral part of roster.

The technical element of the deal is not exactly on the forefront given that it is mostly a giant financial machination to make the balance sheets look good. Anyway, the opportunity was too good to pass up even if it creates an awkward situation: as a minimum it will be a very shrewd sale in one of the last years you could pull off with Pjanic, while the ceiling of it is a highway robbery by Fabio Paratici.

The midfield sorely needed more quality and more depth and bringing in a mouthwatering prospect like Arthur is a step in the right direction. However, it is not a slam-dunk as you would like somebody with such a bloated price tag to be, even if a bunch of millions are tacked on for financial reasons, because he will need to clean up those issues that hindered him at Barcelona. I do not think it is in his future, nor in Rodrigo Bentancur’s for that matter, to end up as a regista, so another purchase will be necessary to fill such a mammoth hole. He will also have to learn to operate at a much quicker pace to succeed as box-to-box in Italy. But he is still young and, if he gets to stick around, Maurizio Sarri will help him out massively as he has already turned a middling midfielder or two into stars in the past. 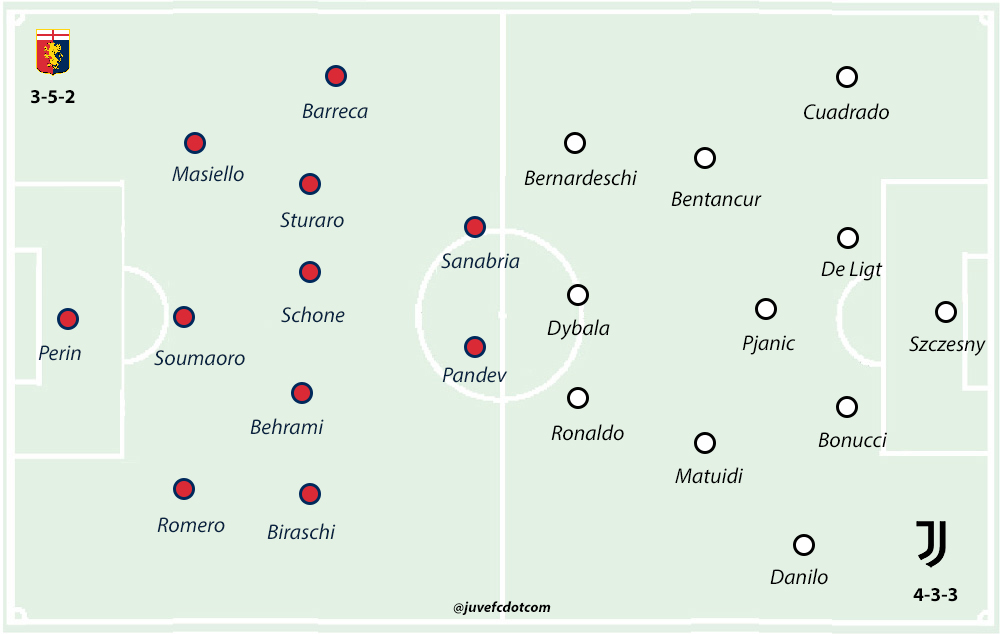 Juventus’ trudge through the relegation zone moves onto Genoa, who have turned it around when they hired Davide Nicola at the end of December. They had a full-blown renaissance in the last six rounds before the stoppage, where they hauled in 14 points and were defeated only by Lazio, but have been fairly disastrous after the restart, as they have given up four goals to Parma and could not find a way to beat Brescia.

While the scheme has been consistent throughout the season, differently from his predecessors Aurelio Andreazzoli and Thiago Motta, the gritty Nicola managed to tighten things up in the back, at least prior to the last two outings. He was helped in that regard by the winter acquisitions of Adama Soumaoro and Andrea Masiello, which allowed him to move Domenico Criscito back to the flank. He also likes to adapt Davide Biraschi to the right flank over purer wing-backs like Paolo Ghiglione and Petar Ankersen, which makes the formation very physical and prudent. The gritty Cristian Romero rounds the defence.

As it is often the case, adding veteran leadership in January bears fruits in the low-table: Andrei Radu was not bad, but Mattia Perin has been useful, same for Valon Behrami in the midfield. Snatching Iago Falque could be a coup if he manages to stay healthy, as he has been a terrific playmaker for years at Torino. He drilled two penalties in the two recent tilts. Mattia Destro has not made an impact, but it is curious that they decided to bring back so many former players.

They trot out a very stingy 3-5-2 with which they try to stymie the opponent and generate just enough offence to come out on top. Goals have been pretty hard to come by: the previous managers counted on Andrea Pinamonti, but he was frankly often left stranded. He did end a lengthy dry spell against Brescia. Nicola decided to lean more on Antonio Sanabria and the decision has had relative success. Having Goran Pandev and Criscito as the most prolific men is clearly an unsustainable model, so they need at least one of their centre-forwards to get going. Pinamonti and Sanabria are both intriguing players for to their mobility and technique, but it feels like they have yet to put it all together.

The midfield is usually composed by Lasse Schone, Valon Behrami and Stefano Sturaro, with Francesco Cassata and now Lukas Lerager as the first back-ups, and it does not really have much of scoring punch. However, having two muscular players flanking him has aided Schone, who was not great in the first half of the season, but has started to pull the strings more effectively. He and Pandev are their main sources of offence, and he is a wizard on set pieces, so it will be better to avoid silly fouls in dangerous areas. When they had to come back against Parma and Brescia, Nicola pulled one midfield and inserted Falque or Pandev in a more offensive role and it paid off.

Criscito is out for this one with a sore calf: they started Antonio Barreca there but can also go with some fancy solutions, like putting Sturaro or Paolo Ghiglione on the left. The former Frosinone wing-back is an outstanding crosser but faded with Nicola at the helm. Falque is also a bit banged up.

Despite the gulf in the standings, it is another trap game for the Old Lady and for some weird reasons the previous matches here have always been tough. In this case, the biggest challenge will be to perforate the opponents: it could be smooth sailing if they succeed relatively early, otherwise it could be a frustrating night. Their last two performances bode well on that front though.