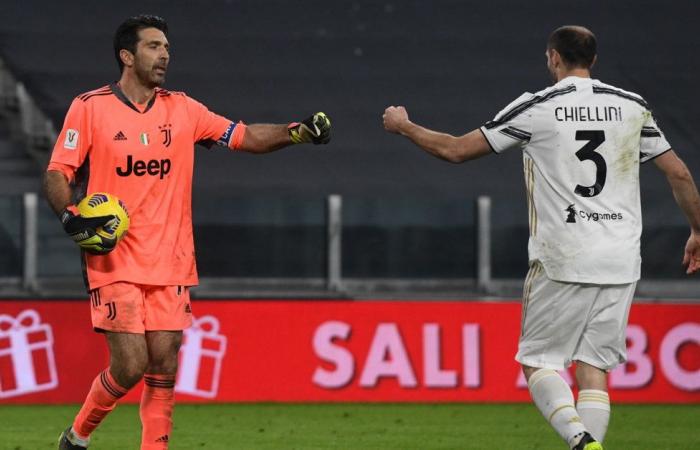 Once upon a time in 2005, a young defender joined a world class squad filled with some of the most accomplished stars of their time.

Now surely the kid had some potential, otherwise, former sporting director Luciano Moggi wouldn’t have bet on his prowess. But in the presence of Fabio Cannavaro, Lilian Thuram and Gianluca Zambrotta amongst others, many expected him get lost in the shuffle before opting to try his luck in a less demanding environment.

Nevertheless, fate works in mysterious fashions, and the young man who was initially an afterthought was suddenly forced to become a pillar at a time when others abandoned the cause in pursuit of greener pastures.

Truth to be told, Giorgio Chiellini could have followed others towards the door in 2006, but instead opted to align with the few loyalists who stuck by the Old Lady at her hour of need.

And as they say, fortune favors the brave.

After 17 years service, the legendary defender cemented himself a place amongst the greatest players in the club’s history. The 37-year-old’s spell in Turin has been written with blood, sweat and tears. His Saga at the club has well exceeded the chronicles of those who left amidst the Calciopoli scandal.

Despite his technical limitations, the Italian has made up for his weakness with his most significant virtues – his sheer passion, unparalleled grit and great determination.

While the current wave of defenders attempt to pull off fancy tricks and contribute in scoring, Chiellini might be the last of a dying breed, a centurion who celebrates a goal-saving interception with a booming roar.

However, his status as a world class footballer wasn’t enough to satisfy the Livorno native. Instead, he remained adamant on finishing his studies and eventually earning a master degree in business administration which will undoubtedly reserve him a special post at Juventus one he decides to hang his boots.

But perhaps the most surprising aspect about the great player is his amicable and casual approach on the pitch. Who can ever forget about his playful antics with the confused Jordi Alba ahead of the penalty shootouts between Italian and Spain in Euro 2020, or his hug with Edinson Cavani at the San Paolo Stadium on the back of a ferocious duel that lasted for 90 minutes?

But make no mistake about it. While this friendly approach mirrors his lovable character, Chiellini used his jolly manners as a strategy to tame his opponents. After all, a simple light-hearted chat is often enough to take the malice out of the striker, which unbeknownst to the latter, renders him less dangerous on some occasions.

In conclusion, Juventus is bidding farewell to an extremely unique player as well as person.

Now as we’ve seen following other major departures, life goes on. The Old Lady eventually learned how to cope without some of her greatest servants – the likes of Alessandro Del Piero and Gianluigi Buffon.

Yet, a small piece of the club’s soul dies every time an iconic figure leaves Juventus, and with the last of a dying breed waving goodbye to the Allianz crowds, things will never be the same again.

Dybala’s tears, Agnelli’s boos and the most interesting highlights from Monday evening