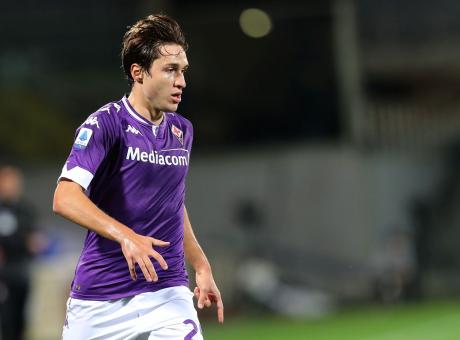 Has Federico Chiesa played his final game for Fiorentina? (Opinion)

Juventus are believed to be closing in on the signing of Federico Chiesa from Fiorentina at present, and his performance last night could well be his last in those famous purple colours.

La Viola will not be pleased with their performance against Sampdoria yesterday, where they suffered another defeat, and Chiesa will not have been happy with his performance either.

The 21 year-old earned a below-par 6.8 rating by WhoScored.com for his performance, whilst hitting the post in the second half, and that would not have been the send-off that he may have been hoping for, with his future currently hanging in the balance.

This is the final fixture for his current side before the transfer window closes on Monday, and Corriere insists that La Viola are resigned to losing their star player to rivals Juve.

We are supposedly closing on a loan deal with an obligation to buy, with the latter obligation depending on the number of appearances he makes for our side during a two-year period.

La Gazzetta dello Sport and Tuttosport (as translated by Football Italia) claim that the deal is in the balance however, with the Old Lady keen to offload players before investing in Chiesa, and they have so far struggled to sell Daniele Rugani, Douglas Costa or Mattia de Sciglio.

We have already completed deals to bring in Alvaro Morata and Weston McKennie on loan, as well as completing a swap deal with Barcelona for Arthur which say Miralem Pjanic move in the opposite direction, but Chiesa’s arrival would likely be deemed our most important capture of them all.

Would Federico prove to be the biggest signing of the season if we manage to pull it off?