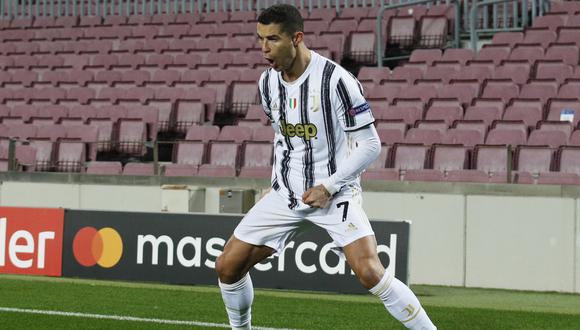 Atalanta defender, Robin Gosens has revealed how Cristiano Ronaldo rejected his request to swap shirts without even looking at him.

Ronaldo is an idol to footballers around the world and the German defender is one of his fans.

The former Vitesse man dreams of having a Ronaldo shirt at home and when he had the chance to face the Portuguese star, he planned on getting his game jersey.

After a game against Juventus, he claims that he asked the Juve attacker for his shirt, but Ronaldo rejected the request without even looking at him.

He says he felt very little after getting the rejection and looked around to make sure no one else noticed what happened.

“After the match against Juventus, I tried to make my dream of having Ronaldo’s shirt come true,” Gosens said in his Autobiography as cited by Football Italia.

“After the final whistle, I went to him, I didn’t even go to the audience to celebrate… but Ronaldo didn’t accept. I asked him: ‘Cristiano, can I have your shirt?’

“I was completely blushed and ashamed. I went away and I felt small. You know that moment when something embarrassing happens and you look around to see if anyone has noticed it? That’s how I felt, and I tried to hide it.”

The report didn’t talk about the season where this fixture was played and Goosens has been in Italy since 2017.

Perhaps, the result wasn’t the best for the Bianconeri that day and Ronaldo wasn’t in the mood to swap shirts.