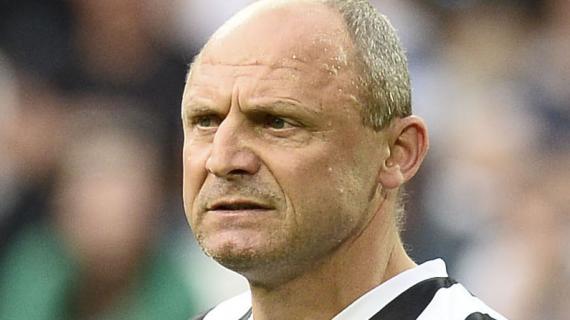 Piętro Vierchowod says he would choose Jose Mourinho over Massimiliano Allegri as both managers square up against each other tonight.

Vierchowod played for both clubs in the 80s and 90s and was speaking ahead of their clash this weekend.

Juventus will host Roma in a key game for both clubs with Allegri looking to get the better of the Portuguese manager.

Former defender, Vierchowod admits that both of them are good managers, but he insists he would pick Mourinho.

He reckons that Allegri’s job is easy and he could cakewalk to the league title, considering he has won it for five consecutive seasons before now.

However, he insists he has no problem choosing his favourite and tips the former Chelsea boss to make Roma a top club again.

He said as quoted by Calciomercato: “I prefer Mourinho a hundred times, he is one of the greatest coaches and I have no trouble choosing between the two. Allegri has won a lot but the 5 Juventus championships would have won them all. Mourinho has a more difficult task because I know the Roman environmental difficulties that lead the team to lose concentration and in my opinion Mourinho is the right man to prevent this from happening.”

Mourinho also won Serie A when he was the manager of Inter Milan and Roma has made him their manager to win the title again.