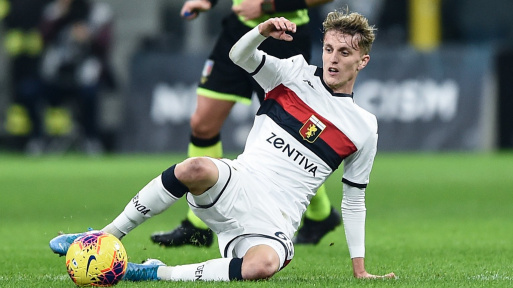 Nicolò Rovella was handed a start against his parent team when Juventus faced Genoa yesterday.

The young midfielder is only at Genoa on loan until 2022 and Juventus is hopeful that he will develop further before that time and return to play for them in Turin.

He has continued to play for Genoa and was given another chance to start against the Bianconeri.

He gave a good account of himself, but he seems to struggle with the defence side of his game.

His manager, Davide Ballardini, was speaking about the youngster after the game and he was asked what Rovella needs to do about his defending.

Ballardini said he has to do better in that aspect of the game, however, he added that the 19-year-old is a player that improves every day.

The manager told Sky Sports via Calciomercato: He must not be in those situations and if he does, he must do better. Cuadrado certainly misses others. Rovella improves every day, there are no doubts about whether he will become a Juventus player “.

At his age, he has all the time in the world to become a better player and he just needs to keep working hard enough to improve as much as he can.