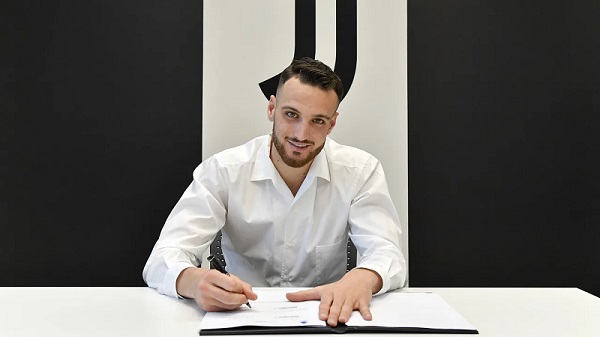 Federico Gatti has gone from an unknown player to joining Juventus and making his Italy national team debut in the space of six months.

The defender did well for Frosinone in Serie B and showed he belongs to the highest level with his composed performance for Italy in their game against England.

Juve now has a top talent on their hands, and he joins the club in the same summer that the legendary Giorgio Chiellini departs the Allianz Stadium.

Juve is expected to find a replacement for the 37-year-old, but it seems Gatti will make that step up to that position now.

His former club’s president, Maurizio Stirpe, however, thinks he can even do better than Chiellini.

He said, as quoted by Calciomercato: “Is he the new Chiellini? No, in my opinion he will become stronger.”

Chiellini is a legendary figure whose accomplishments will be hard to achieve in modern football.

However, Gatti can create his legacy at the club and become one of the best signings we have ever made.

The defender joins the club at 23, and he will hope he can stay on the team for at least the next decade.