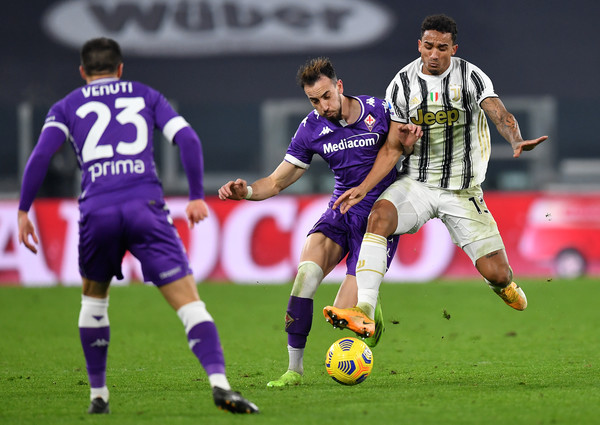 Danilo has admitted that he is expecting a tough rivalry when Juventus take on Fiorentina, especially after the painful defeat in the reverse fixture.

The full-back didn’t start when the two sides last met in December, when La Viola ran out 3-0 victors in Turin. After 20 minutes however, the 29 year-old was brought on after Juan Cuadrado had been sent off, with Juve already trailing 1-0, and things didn’t get much better after this point.

That result came as a shock with the Old Lady on a run of 12 matches unbeaten at the time, but we will certainly be better prepared for this weekend’s clash after our ‘heavy defeat’, as described by Danilo.

Danilo told Sky(via TuttoSport):”Before and after the match against Fiorentina we managed to do some good performances, going out on the pitch with the right attitude and winning many matches.

“For us it was a heavy defeat, as well as the others. Sunday’s will be a tough match. as it was last year and the first leg: Fiorentina have good players, as well as the motivation to play against Juventus, something that every team tries to exploit in their favour to do better and better.”

Danilo has been amongst our better players this season, and should be in the starting line-up tomorrow as we look to get revenge for our previous result.

Will the players be out for revenge tomorrow?

Danilo gives his reasoning for clubs plotting against UEFA

Teammate insists Ronaldo has never changed but Juve is his priority