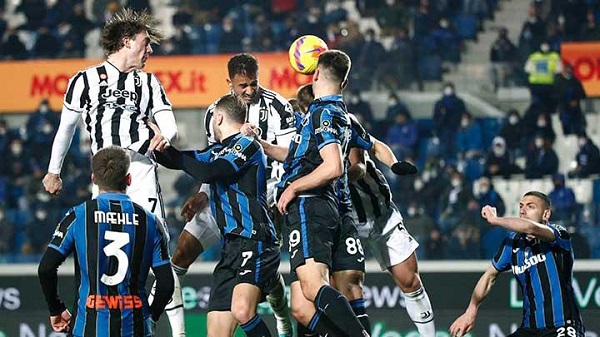 Danilo scored a late leveller for Juventus in their 1-1 draw against Atalanta last night and he has dedicated the goal to the team.

It seemed the Bianconeri would be beaten by an impressive and resilient La Dea side after they scored in the 76th minute.

Juve had all their questions answered by their opponents until added time when the Brazilian scored the all-important equaliser to square things up.

The Bianconeri remain ahead of their opponents on the league table, and it was an important point.

The former Manchester City and Real Madrid man has now dedicated his goal to the team who he claims has been working very hard to achieve results recently.

He said via Football Italia: “I dedicate this goal to the whole team, because we put up with a lot over the last few months, we shut up and worked hard, so this goal repays the team for our efforts.”

Atalanta made Juve work very hard for the points in that fixture and it is a result that we should enjoy.

The race for a place in the top four remains open, and this shows that things would not be easy for us.

La Dea is one of the toughest sides we will face, but our next game against Torino will also not be easy and we need to target a win.