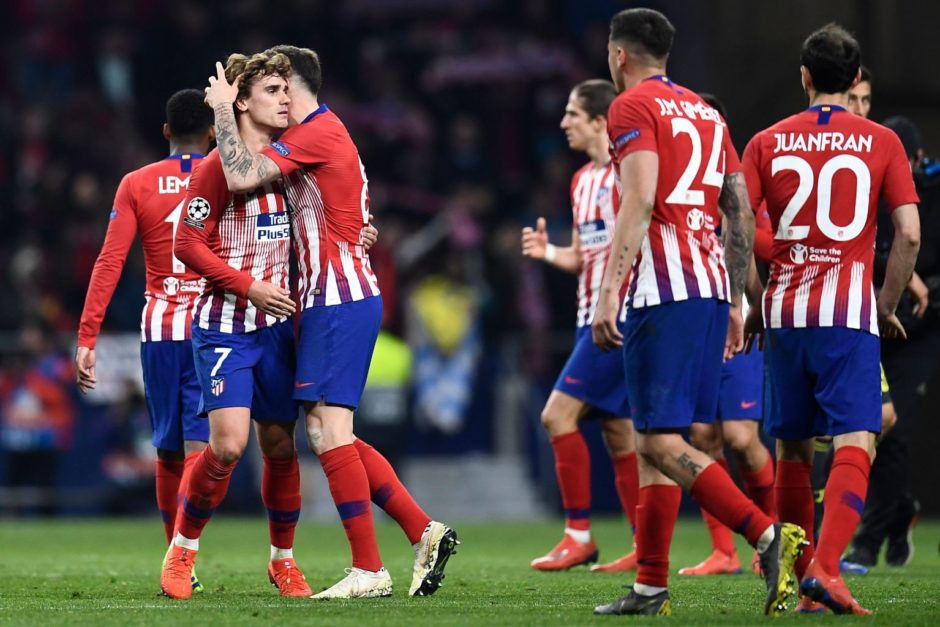 I have been surprised…

I have been surprised this season. Not by the anaemic outing in Spain last night. Nor by our performances since August. No, it is not what has been on show on field that has surprised me, it has been the steady delusion of a section of our fan base. Who rally and rave against my analyses and seem to fall back on a warped definition of ‘support’ which I have never subscribed to, nor could. For it involves one of two things, sometimes both, but usually just the one. Namely, a complete absence of understanding of the game and a belief that any honest appraisal of a negative aspect of our direction or performances as being anti-juve.

No doubt this will spur them on…

I still support Juve, I always will, but I will probably not watch many more games this season. Catch the highlights, read the reports of trusted observers and hope for the best. Partly this is down to where I earn my daily crust which is more time and mentally intensive than ever before. Mainly, however, this is down to the long term decay that set in with the departures of Pirlo, Vidal, Pogba and then Marchiso and this season has become too glaringly obvious to make games anything more than a test of endurance I can do without. Though yes, I continue to support the club and wish everyone involved the very best.

In short, I do not have enough free time to watch any more of Allegri’s Juve.

It was still, despite my longstanding cynicism of our plight, with excitement in my heart that I rose early to watch the debacle in Madrid. As the game developed, I simply sighed more and more and waited for the inevitable goals to come. For the home side.

We were tepid, disorganised, had a disastrously unbalanced midfield, shaky in defence, disjointed in attack and lacked any sense of identity as a side. It was that same rinse and repeat routine of get the ball to Pjanic then the fullbacks or wingers, or get the ball straight to the fullbacks and wingers. As has long become the norm, we had so very little dynamic cohesion through the middle. Which is of paramount importance.

Dybala was a ghost. As was Mandzukic. For most of the match. Pjanic did not appear beyond average. Neither did anyone else except Ronaldo, who had barely a dwarf’s handful of flurries of flashes in the pan of fluidity and threat. A header and a shot from range from a player who many consider the greatest of all time.

It must be said that Atletico are an extremely solid and well balanced side. They are everything, in those respects, that we are not. They flow forward with purpose and high level technique. They soak up pressure and are happy to allow the ball to come at them down the flanks then say ‘try and beat our defence in the air or on the ground’. They defend as one, then attack at pace. They also play with the same dirtiness their manager was renowned for during his playing days. Which I understand and accept as part of the game. Italians are past masters of this area of the game. Yet not now.

Two of the most meaningful moments of the match were…

Firstly, the celebration of Simeone, clutching his balls and roaring at the crowd after the first goal. And secondly, Ronaldo attempting to block the second goal by turning away from the ball, almost in fear of the ball hitting his iron like frame of hardened sinew. Perhaps his hair?

I have never enjoyed Simeone, not since his antics against Beckham. Yet this was breaking new ground. It was vile.

The Australian report I read just now referred to this as ‘one of the great champions league celebrations’. Whilst the man himself stated, with such hideous pride that ‘it came from the heart’.

I have a different view. Whilst I am ever more bothered by the male patriarchal tyranny blah blah blah routine , and I am a fan of maleness, how could I not be, given I am a male…I do not like puerile shows of boyish attention seeking mong.

This felt humiliating to experience as a Juve supporter of many decades. And yet, the lead and the result was very well deserved. For Simeone’s side outplayed us in every department of the pitch.

We were, I suppose, fortunate not to lose more heavily. Especially so with the Chiellini – Morata show, where King Giorgio validated my concerns regarding his huge drop-off in form, conning the officials into chalking off a legitimate goal. Chiellini is both our strongest defender and our biggest liability. Two misplaced passes could have led to a goal and that flop to the ground was beyond theatric, it was bizarre. Morata barely touched him and is hardly a beast of a man with paws like a bear, which is how our captain responded…I have long worried that his clumsiness and seeking of fouls rather than focusing on tackling would prove our undoing.

Bonucci did his part, of course! Faking an injury for the opening goal to lose his man and allow him an easy strike on goal. Which was pathetic.

Contrast Bonucci and Chiellini with Godin and Giminez and you will see a gulf in quality. The latter are titans in comparison to our fallen giants.

This is an area of the squad which needs to be upgraded. Quite drastically.

I had high hopes for Bonucci when he returned, yet I couldn’t shake this worrying conviction that he has never looked good in a back two and that to place him with Chiellini would leave us horridly unstable at the back. Leo was superb in a back three when he had two others to defend one on one and he was able to play almost as an anchorman/ regista. Stepping out of defence with security behind him. In a back two, with our fullbacks pushing up, it leaves two slow, clumsy defenders as the last line.

They are good enough for Serie A, but not for facing high level teams in Europe.

We could have lost 5-0 and had no complaints of the result not reflecting the game. It was controlled by the home side from start to finish. Yet we did have chances, just far fewer than Atletico and mainly half chances at that.

Bentancur, Matuidi and Pjanic all had poor to average showings. Its harrowing to contrast them with Pogba – Pirlo – Vidal.

This team has become too reliant on Ronaldo. His transfer seemed one to excite and nourish dreams of becoming a better team, capable of finally ending the long drought for the top honour. Yet the reality is that his move now appears one designed for marketing more than sporting success. We are a worse team to watch than last season. We have less fluidity, virtually no player development, let alone a clear identity which makes the most of our assets.

I will not blame solely Allegri, for our knack of making brilliant signings, successful for many years, has finally slowed down. Cancelo looks a great buy, and Ronaldo is still an elite player, but nowhere else on the field do I see any stars. Potential or proven.

The general level of the playing squad has dropped. And this needs to be addressed in the Summer as a priority. Which means avoiding spending hugely on a James Rodriguez or other fancy gimcrack for the attack. We have far more burning issues to attend to.

We must improve the midfield. Ramsey will help if he can stay fit, but more is required. The side has been crying out for a leader, a fulcrum, a physical presence who can affect the tempo, put his foot on the ball and pick out a pass and screen the defence. Pjanic is not that player.

We must improve the central defensive options. Rugani has had chances and has not made the grade. Chiellini is too prone to errors and far too slow against pacy attackers. Bonucci is a shadow of his former glory. Barzagli can barely walk. Caceres couldn’t even find a regular berth in the Lazio side and is still prone to injuries.

No side is going to compete for the top honours with no backbone. And the more I analyse this Juve, this season and before, the stronger the conclusion appears that the club have stuck with Max as a safe bet for continued domestic glory and a decent run in the CL. Guaranteed income, more scudetti, marketing the brand as the focus more than squad development.

Take away even a decent run in the CL, and he simply must be replaced in the Summer. And it will not be a decent run if we go out at at this stage. It will be well below expectations.

The fear is that the club hierarchy are so wedded to Max’s steady churning out of domestic titles that they will stick with it longer. Rather than take a risk. Yet what risk would it be to give someone like Zidane a roll of the dice? Proven in the CL, loves the club, is admired by most players and fans on the planet. It would be harder to lose the scudetto than to win it, even with the current squad. We have played consistently poor football this campaign and still find ourselves 13 points clear of 2nd spot.

We need some ravenous berserkers and proven pros to come in to improve the squad this Summer and a new man at the helm, with fresh ideas, burning desire for victory in his heart and the ability to lead, to inspire and imbue in the players the winning mentality we have sorely lost.

Perhaps a round of 16 exit added to the appalling defeat in the coppa italia to Atalanta will be enough to persuade the board to make the move that more and more juventini are hoping for. I wouldn’t count on it.