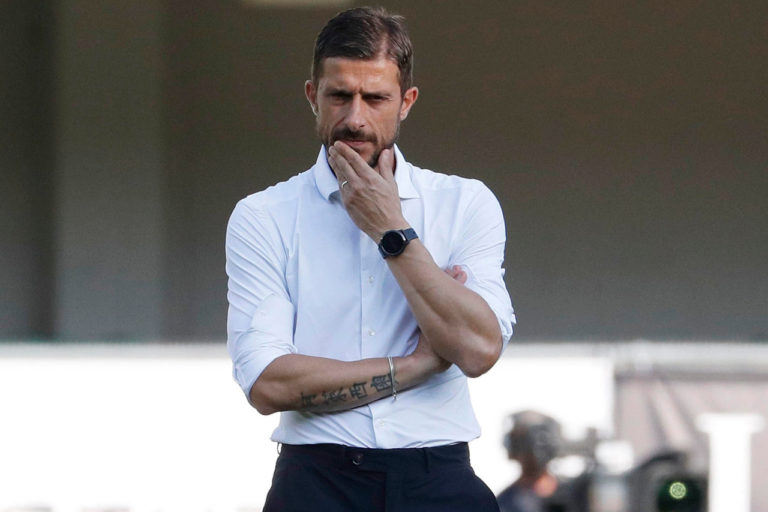 “If one team deserved to win, it was us” Dionisi discusses their loss to Juventus

Sassuolo manager, Alessio Dionisi, says his players are disappointed to have lost their match against Juventus and claims they deserved something from the game.

Juve beat the Black and Greens 2-1 last night, and it was a fixture the host would feel they should have won.

They took an early lead, which meant Juve needed to respond, and the Bianconeri did.

A goal each from Paulo Dybala and Moise Kean was enough for the Bianconeri to turn the game around and earn three precious points.

To their credit, Sassuolo tried so hard to make things happen for themselves, but Juve put in a masterclass in defending and showed their host they were the superior team.

A frustrated Dionisi said after the game via Football Italia: “Let’s say the lads were rather upset at half-time, but at the final whistle too. Over the course of the 90 minutes, if one team deserved to win, it was us, but the other team won instead.

“However, we know the strength of Juventus, they keep going. We tried everything possible to score more goals, we didn’t deserve to be on level terms at half-time and the second half was almost as good as the first until fatigue set in.

“Juve defended so deep and closed all the spaces, so we tried to pass it around them and didn’t have as many shots on goal as usual, but that’s credit to the Bianconeri for their defending.”

At this stage of the season, Juve needs to get their game-plan spot on, and that happened in the game against Sassuolo.

As we chase down Napoli on the 3rd spot, we would need to be that effective to win as many matches as possible.

If we keep going that way, we should end this season well and start the next one strongly.