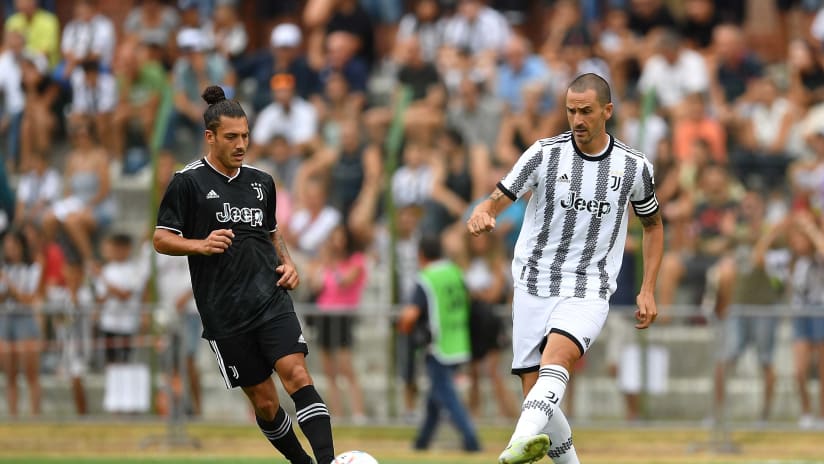 It surely was an eventful evening at the Allianz Stadium. However, all the post-match debate from Juventus-Salernitana is centered around the actions of the last few minutes.

After mounting a comeback from 0-2 to 2-2, the Bianconeri grabbed a last-gasp winner courtesy of Arek Milik. Unfortunately, the goal was disallowed following a VAR review due to Leonardo Bonucci’s alleged offside position.

A major melee erupted following the incident, with red cards flying out, but the result was all the same; Juventus dropped another two points at home.

Following the match, a footage emerged showing Antonio Candreva’s position on the incident. The veteran winger should have played Bonucci onside, but those in the VAR room didn’t pay heed to the player’s position.

The Juventus captain was expectedly livid, explaining why Milik’s goal should have stood out. The defender also argues that regardless of whether he was offside or onside, he didn’t interfere with goal nor affect the decision making of Salernitana goalkeeper Luigi Sepe.

“They explained to me that an active offside was detected,” said Bonucci in his post-match comments via la Gazzetta dello Sport.

“But Sepe would never have landed on that ball, my position does not interfere with an intervention from the goalkeeper, the regulation says so.

“I doubt that Candreva’s position was even taken into account. In the still image, he’s not seen.

“I’m almost a meter onside, Candreva is closer to the goal, not me. I hope it was taken into account, even if the image had to be complete but it did not happen. The position is not active regardless, and the defender even tried to take my shirt off.”

Video – Watch the highlights from Juve’s home draw against Salernitana