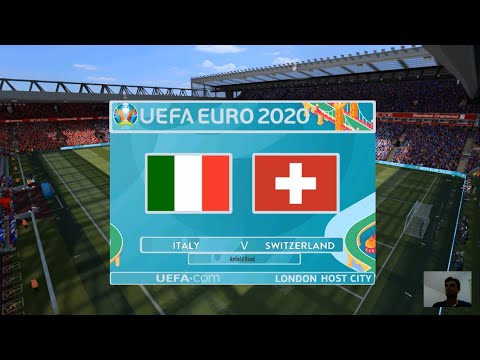 Italy have the chance to book their place in the knockout rounds of Euro 2020 with a victory this evening when they take on Switzerland.

The Azzurri have earned their right to be taken serious in the competition with a wholly dominant display against a star-studded Turkey side last Friday, while their opponents today were held 1-1 by Wales.

The Welsh were largely disappointing in their opening match, but they are on course for victory over Turkey currently which can put them top of the group on four points at present, and also means that the Blues cannot seal top spot before the final group fixture.

Italy boss Roberto Mancini would likely have named an unchanged side had he been able to, but with Florenzi having been ruled out with a calf injury, Di Lorenzo has got the nod to come into the side.

Did Chiesa deserve to be considered despite Berardi and Insigne’s impressive performance on Friday? Will Verratti walk back into the starting line-up once he proves fit?