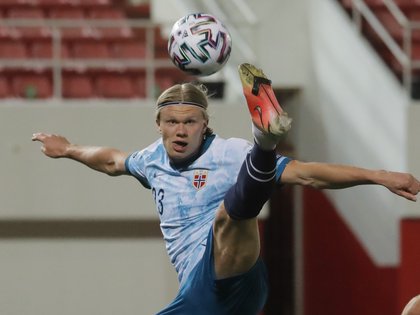 Reports in Spain are claiming that Erling Haaland has made his intentions clear to move to Real Madrid, despite interest from Juventus and numerous others.

The Dortmund striker has been one of the main talking points this season as he went onto break records in the Champions League, and his future has been increasingly speculated.

Latest coming from Spain claims he has set his sights on following Cristiano Ronaldo’s steps by moving to the Bernabeu, but his Bundesliga side will only accept his exit if they secure themselves a place in next season’s Champions League.

Is it normal for such arrangements to be put in place at this point in the campaign?

Video: Cristiano Ronaldo gives up simplest goal to close out the win