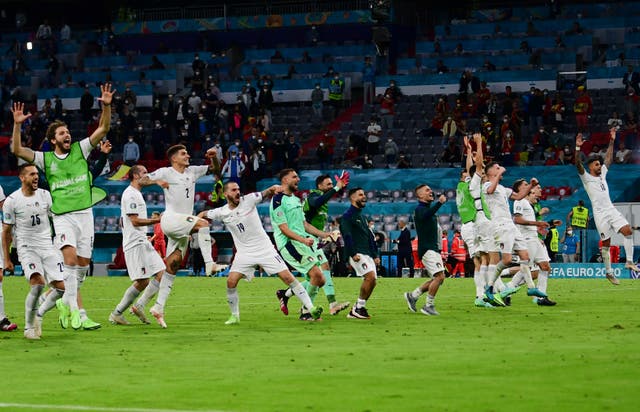 Juventus have five players into the semi-finals of the European Championships, with none of their players tasting defeat during the quarter-final stages.

While this round is yet to be completed, all of the Bianconero have all completed their fixtures, with both Alvaro Morata’s Spain and Italy having earned safe passage into the next round, and their victories assure Juve of at least one player reaching the final.

Fingers crossed that the Spaniard will be on the losing side when the big match comes around however, with Federico Chiesa, Giorgio Chiellini, Leo Bonucci and Federico Bernadeschi ready to line-up against him at Wembley on Tuesday.

England will take on Ukraine this evening, after Denmark take the fight to the Czech Republic in the other quarter final clashes, with the English and Danish looking most likely to reach the next round after some assured victories in the previous rounds.

While you wouldn’t expect any easy matches at this point of the tournament, Spain do not look as strong as in previous years, and Italy should well book their place in the final, while I have a sneaking feeling that Denmark are the ones to worry about from the other half of the draw, although home advantage could work for England.