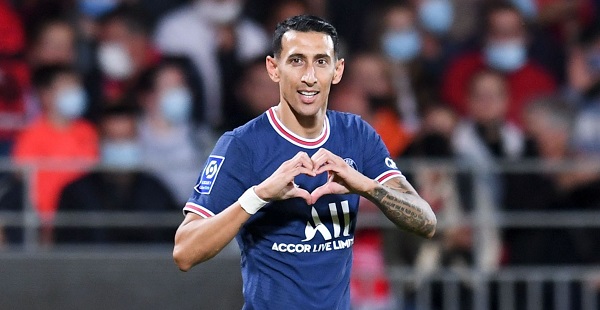 Gianluigi Buffon is delighted at the prospect of Angel di Maria joining Juventus, and the Parma goalie says the ex-PSG man will bring a unique set of technical skills to Serie A.

Juve has been pushing to bring the former Real Madrid and Manchester United man to Serie A after PSG released him.

The Argentinian is taking his time, but Juve’s persistence will likely pay off, and he might accept their proposal.

Discussing the potential deal, Buffon said, as quoted by Calciomercato: “Di Maria, at the moment, in the Italian league is like Maradona. Do I explain myself? The players must be evaluated thinking about the context in which they have to act. Today Serie A is impoverished on a technical level, this is beyond doubt . And Angel has a lot of technique to spare. He jumps the opponent with impressive ease, is decisive in front of goal, is good at assists, runs all over the field and can fill multiple roles. In a nutshell: he is a player of soccer”.

Di Maria is one of the most technically gifted players we can sign, and he has achieved so much in his career.

That experience will help him to become an important contributor to our success in the campaigns he would play for the club.

Buffon knows a top player when he sees one, and we can be confident that what he has said about Di Maria is true.

Juventus will get a response from coveted free agent today