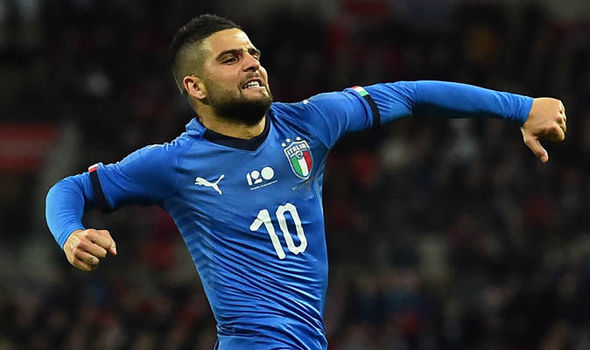 Lorenzo Insigne is one of the best players in Italy and he could be set to leave his current club, Napoli.

The attacker has been with the club all his career having grown up in the city, but he has one more year left on his current deal and isn’t willing to sign a new one.

Napoli is keen to keep him and they have been trying their best to make him stay on a new contract.

However, he isn’t giving signals that he would sign the new deal and Corriere dello Sport via Tuttomercatoweb is reporting that he will leave if he keeps ignoring Napoli’s contract offer.

The Neapolitans would love to keep him, but they don’t want to lose him on a free transfer next summer.

Because of this, they have set an asking price of 30m euros, according to the report.

Juventus is rebuilding their squad this summer as they bid to become the champions of Italy again.

At 30, Insigne is older than the players that Juve has been targeting recently, but the attacker can add much-needed quality to the current Juve squad.

He was a key part of the Napoli team that battled Juventus for the league title under Maurizio Sarri and he can help Juve win it back from the hands of Inter Milan next season.