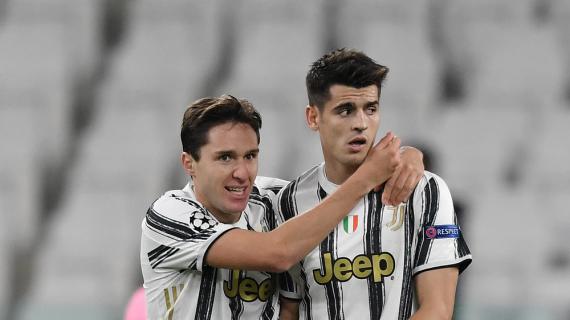 While Milan and Atalanta lost their Champions League fixtures during the midweek, Juventus and Inter delivered the wins for Serie A.

The Bianconeri beat Zenit away from home thanks to Dejan Kulusevski’s late header, while the Italian champions secured their first European victory this season at the expense of Sheriff.

These two wins will undoubtedly serve as morale boosters for both clubs who are now focusing on their major head-to-head clash on Sunday night.

Simone Inzaghi’s men will host Juventus on Sunday night for the infamous Derby d’Italia, with three points separating them in the Serie A table.

Giuseppe Bergomi only played for one club throughout his professional career between 1979 and 2000, and therefore, he remains very fond of Inter.

The former defender believes it’s going to be a decisive encounter for both sides who are hoping to compete for the Scudetto title and he warns the Nerazzurri about the dangers of Federico Chiesa, Juan Cuadrado and Alvaro Morata.

“Inter are beautiful to see as they attack with quality and ideas, taking many men over the line of the ball. As long as you are in possession it’s fine, but when you lose the ball, it becomes difficult to recover if you are unable to win it back immediately with high pressing,” said the Inter legend in an interview with la Gazzetta dello Sport via ilBianconero.

“Inter took some risks against Sheriff, but they cannot do the same against lethal opponents such as Chiesa, Morata or Cuadrado.

“Dumfries is missing a last leap in growth, then he is destined to become a starter. However, against a side like Juventus, I believe that Darmian can guarantee more balance.

“I expect Calhanoglu to play. Otherwise it will be up to Vidal, who brings fundamental physicality and experience to matches like these.

“It will be a decisive match for both sides. They are in the running for the top spots and even the race for the Champions League will be really tough this year. Losing on Sunday could have repercussions, especially on the morale,” concluded Bergomi.