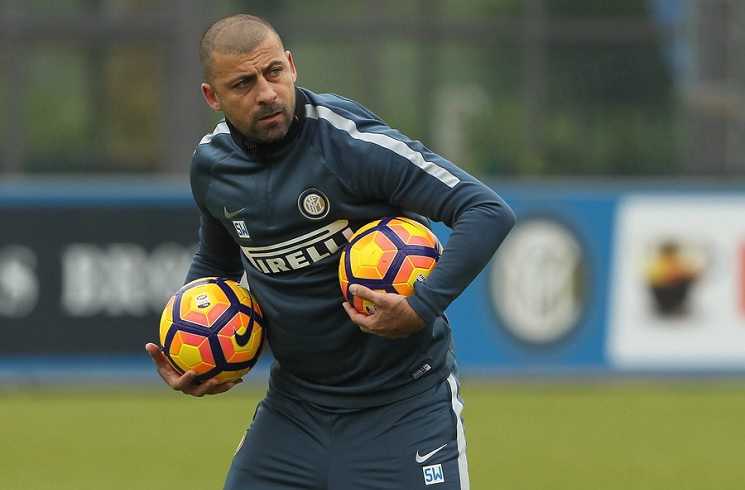 Inter legend was an unusual guest in Juventus training session

On Saturday, Juventus continued their preparations for the second round of the season. The Bianconeri will then travel for their first away fixture of the season, as they take on Sampdoria at the Luigi Ferraris.

The retired defender now acts as an assistant manager for Lionel Scaloni in the Argentine national team. So as the source explains, the 44-year-old’s mission was taking a closer look at the conditions of Angel Di Maria and Matias Soulé.

The two wingers are both in contention for spots in the Albiceleste squad. Undoubtedly the veteran’s latest injury is a source of concern for Scaloni and his technical staff.

The source adds that the Inter legend then had a meeting with his two compatriots prior to the end of the training session.

During his storied career, Samuel was a no-nonsense defender who earned the nickname of “The wall”. He took part in endless intense battles against Juventus.

He made a name for himself in Italy during his spell at Roma between 2000 and 2004, before making a short run at Real Madrid. Nonetheless, his most successful stint remains the one at Inter between 2005 and 2014.

Video – On this day, Higuain stunned Fiorentina on his Juventus debut

Opinion: Three Sampdoria players that Juventus must look out for on Monday