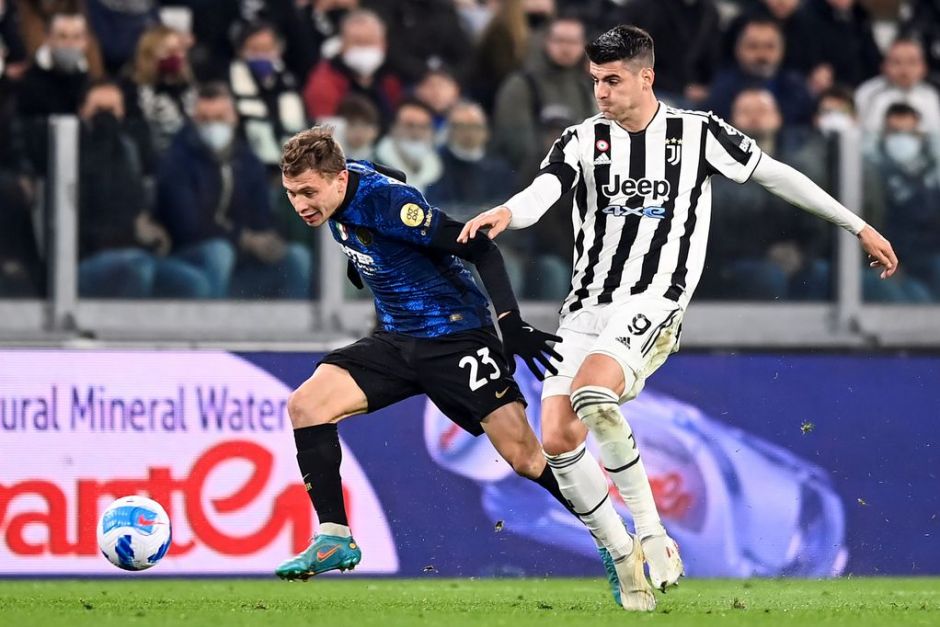 Juventus played their best football in two seasons, but somehow go down as 1-0 losers to Inter Milan in Serie A.

The Old Lady started the match brightly, dominating much of the possession and it was the Nerazzurri who was on the back foot.

We came extremely close to breaking the deadlock inside the opening 10 minutes, with Giorgio Chiellini almost scoring from close range when our club captain almost reacted quickets to get in on the rebound, but his effort struck the crossbar and pounced away from goal.

All of Vlahovic, Morata and Dybala were denied clearcut chances in the opening half by last-ditch tackles just as we were closing in on goal, the best of which after seeing the Argentine weave his way through three players only to be dispossessed as he attempted to play in Vlahovic,

The half ended in the worst possible fashion however, with VAR taking over four minutes before awarding the penalty to Inter. It is unclear whether it was the contact from Morata or Alex Sandro which saw us penalised, although neither looks of significance without slowing down the replay.

It gets worse however as Szczesny actually saved the spot kick, with the ball ending up in our net via our own players connections, although the referee had blown for a free-kick from the attacker inside the box, but VAR made us wait further to know how this would be settled.

Unfortunately Matthis De Ligt had run well inside the box as the penalty was taken, allowing Hakan Calhanoglu a second chance to beat the Poland international, and he duly delivered at the second time of asking.

After the break, we continued to pile the pressure on, and we were becoming unpredictable to deal with. Dybala was taking on some efforts from long-range, while the majority of our play was seeing us cause havoc to the defence.

We piled forward throughout the half, and while the referee tried his hardest to allow the game to flow freely, Inter were at their filthiest, and their manager was quick to substitute his players after they picked up yellow cards.

I can’t help but feel that we were extremely unlucky to have lost today, having played some of our finest football since the start of the season, especially with the whole debacle which surrounded their goal also, and it was a truly painful way to see our side lose our unbeaten run of 2022.

Am I crazy to think we played our best football in a 1-0 loss?