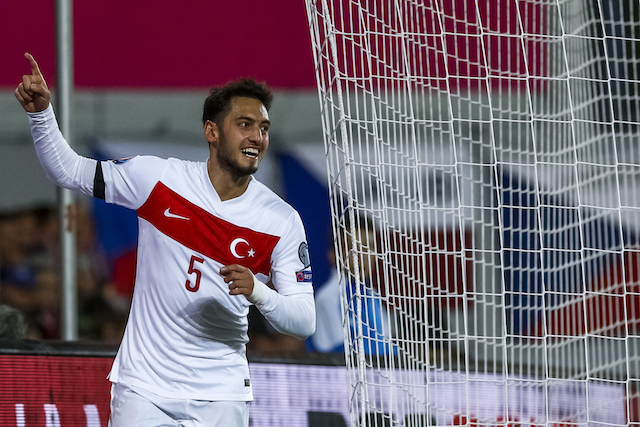 Juventus can barely catch a break these days. Last weekend, Max Allegri’s men won the big Serie A clash against Roma thanks to Moise Kean’s goal.

On Wednesday, the Bianconeri earned their fourth 1-0 win in a row at the expense of Zenit St. Petersburg away from home.

This Sunday, the Old Lady is set to meet arch rivals Inter at the Giuseppe Meazza stadium.

Allegri should have a full squad at his disposal, as Paulo Dybala could start from the bench while Adrien Rabiot is no longer positive for Covid-19.

On the other hand, Simone Inzaghi will he hoping to rely on the services of his the Nerazzurri’s new midfielder.

According to la Gazzetta dello Sport via ilBianconero, Hakan Calhanolgu is expected to be available once again after overcoming a recent knock.

On the other hand, Joaquin Correa’s availability remains doubtful, as he didn’t complete Friday’s training due to a physical discomfort.

Inzaghi will surely be relieved to have Calhanoglu back at his disposal. Although the former Milan didn’t always impress this season, he remains an important piece for the manager in the middle of the park. Otherwise, he would have to rely on Arturo Vidal alongside Marcelo Brozovic and Nicolò Barella.

On the other hand, Joaquin Correa may have bagged a vital brace on his debut against Hellas Verona, but he remains a second option that the team can do without.

As proven in the last few weeks, Edin Dzeko and Lautaro Martinez are clearly the manager’s favorite attacking pair, and Juventus defenders will have their hands with these two.