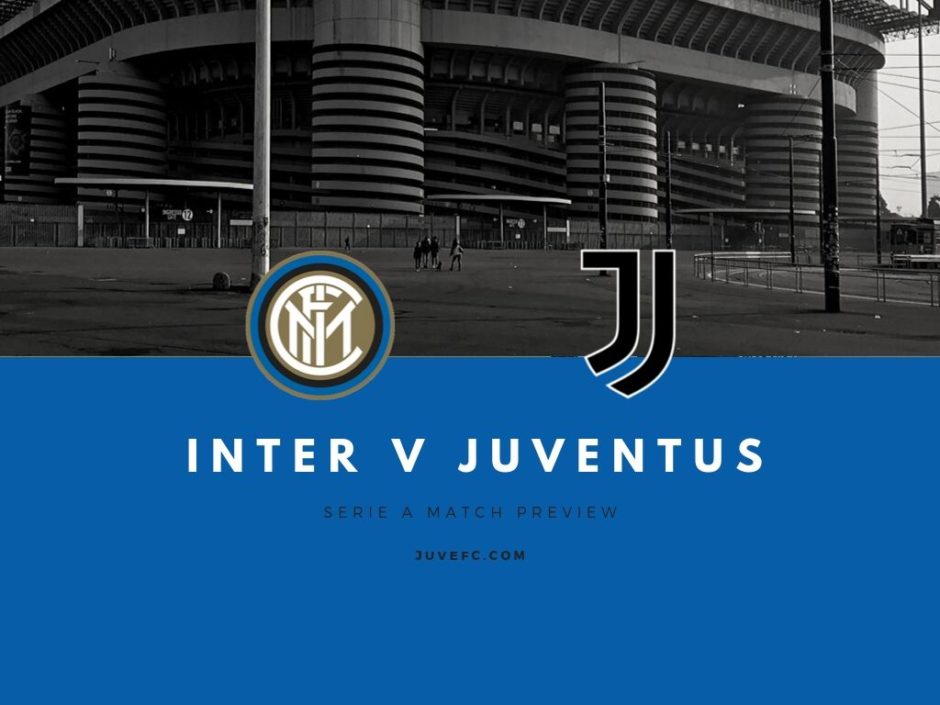 It is nothing new that Juventus have developed penchant for making it hard on themselves no matter the situation or the quality of the opponent. It happened versus an undermanned Sassuolo, which was quite inexcusable, and Genoa despite the two-nothing lead. It is a flaw that has not been solved in 18 months, but at least in recent games the lads have found the energy to re-focus land come out on top anyway: it is still a suboptimal, but at least an improvement compared to the start of the season.

For the first time they have been able to succeed in three straight Serie A fixtures and the standing has surely benefitted. Prevailing again in a seminal clash could bend the spirit of the competition, even though it is still super early. A win would be surely be nice, but the situation is not as dire as heading into the Milan clash, where Bianconeri pretty much saved their season.

While the management keep looking for a striker in the transfer market, which countless players linked, including some that do not really much sense at all, the last outings made it pretty clear that Dejan Kulusevski, at this stage of his career, is most comfortable in that position and can surely held his own physically. It is no surprise instead that he gets better the more touches he gets given what he was accustomed to doing in Parma.

Obviously, if the Swedish starlet moves there semi-permanently, and that will certainly be the case short-term while Paulo Dybala is on the mend, the hole would be elsewhere as the role envisioned for him was the one currently occupied by Aaron Ramsey, where he has not looked great. The frail Welshman can not be the sole option in any circumstance, but Weston McKennie has thrived in that same spot too, arguably faring better than as pure midfielder, and that could be a viable duo the rest of the way, but it would leave just three options as pivots. Rodrigo Bentancur and Adrien Rabiot are pretty durable, while Arthur has yet to fully acclimate and is bound to grow, but it would be risky. It will be interesting to see whether the focus concerned will switch from a forward to a midfielder after what transpired recently.

Gianluca Frabotta has been okay out on the left wing, but there too there is a decision to be made about whether he can really be the back-up for Alex Sandro. This match could be pretty telling in that respect. Federico Chiesa has surely performed better on the right wing, opposite to Cristiano Ronaldo. The roster could reasonably stay as is, but the adjustments would be constant and there would not be not set ‘couples’ in few positions. Adding a new rotational piece, preferably a midfielder at this point, would go a long way.

Chiesa and McKennie will be available despite suffering some minor physical problems in the last Serie A game and they are both in contention to start and the Italian winger has very little competition, while McKennie will challenge primarily Rabiot. Aaron Ramsey is poised to be the no.10 after resting midweek. Giorgio Chiellini looked fine versus Genoa and, if in tip-top shape, he would be a shoe-in for this kind of clash and he could supplant Merih Demiral, although it would not be shocking to see them both together and maybe Danilo fully taking care of the flank.

Inter surely do not play the most beautiful football in the world, but they find a way to getting it done more often than not, especially against the minnows, thanks to a clear design and the quality of their top contributors. After rattling off eight consecutive wins from late November to early January, they have mercifully slowed down a little in the last two rounds, where they were blindsided by Sampdoria and shared the spoils with Roma, losing a little ground compared to the League-leading Milan. Which side has the better title credentials actually makes for an interesting debate.

Romelu Lukaku and Lautaro Martinez are performing at an elite level: the Belgian striker has been incredibly consistent and he is a mammoth reference point as they look for him often and he puts his big frame to good use to set up his teammates, plus he tends to vacuum up all the easy goals. El Toro is not as prolific of a scorer, but he is capable of major outbursts, the recent hat-trick against Crotone stand as reference, and he and Achraf Hakimi add a little pizzazz to a side that otherwise could be a little plain and unimaginative.

The former Borussia Dortmund fullback needed a couple of months to adjust to his new surroundings, but then he has been a force to be reckoned with on the flank, notching six goals already, including some gems, and three assists. As expected given the size of the investment, they have added another huge weapon and he is tailor made for the role of wing-back, where his flaws are masked by the fact that his defensive duties are not all that substantial, nor critical. Frabotta could be in for a long day and maybe new solutions could be in order to try containing him.

While still featuring top-notch defenders like Stefan De Vrij, Milan Skriniar and Alessandro Bastoni, they have been pretty lax in the back, already giving 23 goals, which is pretty paltry, but they have made up for it on the other end, as they boast the most prolific attack. Something in the equation does not smell right for an Antonio Conte team. They do score a lot, and are extremely opportunistic and deadly in taking advantage of the opponents’ mistake, which does not bode well given Juventus’ sloppiness, but they surely do not have recklessly offensive scheme and a lot of goals they allowed came from individual errors or simply lack of focus.

Their philosophy has not necessarily changed as they still like to wait for the opponents to expose themselves to hit them quickly, but the product on the pitch is a tad diverse from last year. Besides that gambit, they can put together 15/20 minutes stretches where they just overwhelm adversaries by turning up the intensity, creating chances in spades until they inevitably crack.

Their recent push was propelled by a return to form of Marcelo Brozovic, whose distribution in the midfield is essential and who has had a lot of success finding teammates with free kicks, an area where they are extremely menacing. He is flanked by two dynamic and well-rounded box-to-box: Nicolò Barella is abating a little after carrying the water for a long time, but Arturo Vidal is starting to show a little better after some rough first few months where he had more lowlights than positive plays.

While defeating one minnow after the other is all well and good, and also necessary given what pace Milan are keeping and the fact that Juventus have been unable to do that, they are still searching for that signature win that would catapult them atop of the list of contenders. In the more challenging matches, they have defeated only Napoli in pretty fluky fashion, they lost to the Rossoneri and have tied with Lazio, Atalanta and as mentioned Roma. Despite having a little cushion that could make a draw fairly palatable, they go into the clash having something to prove.