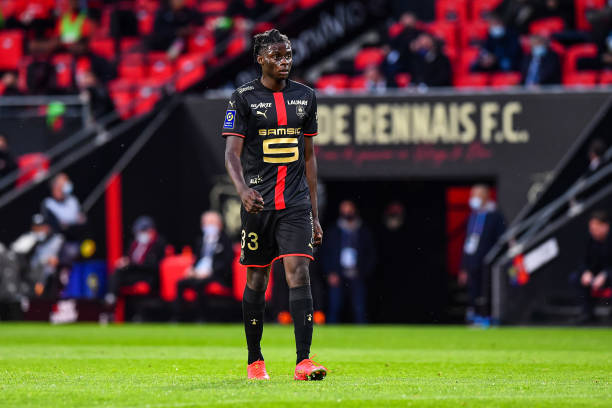 Mauro Icardi, Kylian Mbappe, Aurélien Tchouaméni have all been linked with a move to Juventus, but that isn’t the only thing they all have in common.

They also play in Ligue 1, the highest level of the football pyramid in France.

Does this mean Juventus is now looking to turn the competition into their new hunting ground for talent?

Because the latest player to be linked with a move to the Allianz Stadium is Lesley Ugochukwu, who plays for Rennes.

The club’s name might ring a bell to most Juventus fans because they also developed Eduardo Camavinga who was heavily linked with a move to the Allianz Stadium before he joined Real Madrid last summer.

Calciomercato says Juventus has been watching the development of the 17-year-old Ugochukwu for some time now and they could add him to their squad.

He has shown maturity and experience beyond his age and the report says he is a midfielder who is also adept at playing in defence.

One thing they have in common is that all of them joined the Bianconeri when they were under 24.

It shows the club is now looking to add young players to the squad, and that makes Ugochukwu a good fit for their current plans.

They might want to give him some time to develop further, but keep an eye on this one because he is developing fast.