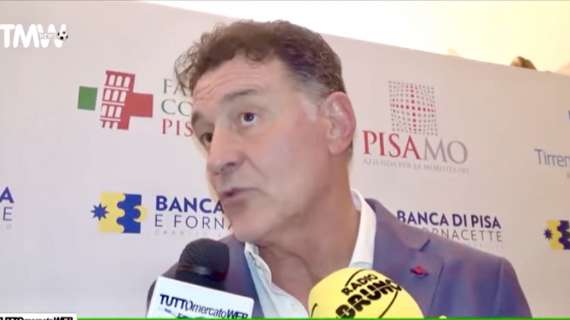 “It is very difficult,” Roberto Scarnecchia says the clubs above Juventus will eventually struggle

Former AS Roma midfielder Roberto Scarnecchia insists Juventus is still in the Serie A title race, and the clubs above them will struggle to maintain their start to the season.

Napoli and AC Milan have been in fine form at this start to the campaign, while Juve struggles to stay consistent.

The Bianconeri keep dropping points against unfancied clubs, and it has widened the gap between them and the top of the league table.

However, Scarnecchia insists Juve is still very much in the race because they have experience in winning the league title.

He maintains it is an advantage and it would always be difficult for a club that hasn’t been winning to earn a title.

Suggesting that the likes of Napoli and Milan would reach a point when they fall off the top of the league table.

Scarnecchia tells TMW Radio, as quoted by Tuttomercatoweb: “When you are not used to winning and you are at the top it is very difficult. Juve are still in the game precisely because I believe that the teams that are in the lead will have a failure. However, I believe that it is still early to speak, we should make a point between 6-7 matches.”

Looking at how Fiorentina beat Milan last night, one can’t help but agree with Scarnecchia.

With Max Allegri, Juve has a manager who has won several titles, and he is always a threat to every other gaffer in the competition.

The masterclass he pulled off against Lazio yesterday and AS Roma in a previous fixture confirms he stands above most managers in the division.

Juve has been solid at the back in recent matches and they just need more goals in their game.

If they can solve that problem, the Bianconeri could be back in the title race by the new year.

Injury-prone Juventus man is likely to miss the Chelsea match