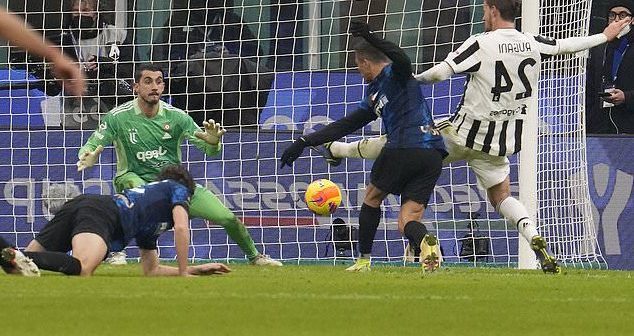 Antonio Cassano has slammed Juventus for their attempt to win the Supercoppa Italiana in midweek, claiming that Inter Milan deserved the victory for ‘playing football’.

The Old Lady were eventually defeated after conceding with the final kick of extra time, a 120th minutes strike by Alexis Sanchez, but were admittedly second best on the day regardless.

While we were not as fierce in attack as our rivals, whose quality cannot be underestimated given their recent seasons, I think it is unfair to claim that we didn’t try and play ball, nor did we intend to defend the entire match, not that I believe that is how it played out either.

Cassano seemed to insinuate that we deserved to lose for our performance, and that we made no effort to attack, something I believe is completely untrue.

“I heard from Allegri and some players indoctrinated by him that Juve had a good match against Inter,” the former Real Madrid and Italy forward said on Bobo (via TuttoJuve). “If defending 120 ‘means having a good game then I really don’t understand anything. Playing football is what Inter did and it was rewarded and deserved the victory. I cannot think that Juve can continue to play like this. If they are really convinced that they are playing well it is worrying ”.

We know that Antonio is not a fan of our club, and is always biased against us whenever he talks about football, and this is no different. Yes, Inter Milan were the better side, and also had the least issues personnel-wise, but we went there to play, and we made an entertaining match of it. We had enough of our own chances and gave the Nerazzurri a battle, and were a little unlucky to have lost the way we did.

Am I wrong to believe that we tried to bring the game to Inter despite our key absences?