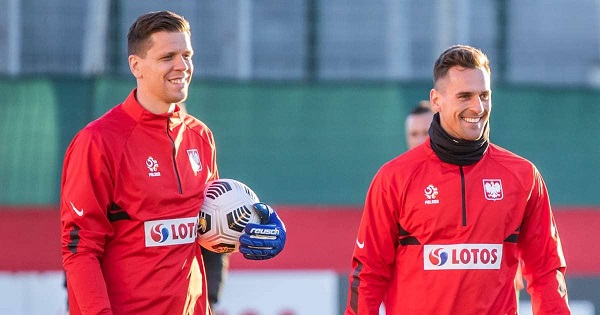 With several Juventus players taking part in the World Cup action on Saturday, the Bianconeri fans were hoping for some solid outings from their stars.

IlBianconero provided us with the player ratings handed by the main Italian news outlets for the four Juventus stars who featured in the matches.

It all started with the Polish duo of Wojciech Szczesny and Arek Milik. The custodian led his nation towards its first victory in the tournament with a formidable display against Saudi Arabia.

The goalkeeper was recognized as the ultimate man of the match (with a grade of 8) after saving a spot kick before parrying away the follow-up.

For his part, Milik received 6.5 ratings from all news outlets. Although he didn’t score, he came extremely close with a header that crashed against the woodwork, while also working hard for his team.

As for Adrien Rabiot, he had a mixed bag in France’s 2-1 win over Denmark. Even though his mistake cost his team a goal, he put up an industrious shift in the middle of the park and almost scored from a acrobatic effort. His ratings vary between 6 and 7.

Finally, Angel Di Maria took part in Argentina’s vital 2-0 win over Mexico. Like the rest of his teammates, his first half display was listless, but it significantly improved in the second period.

La Gazzetta dello Sport and Corriere dello Sport rate his outing at 6, while Tuttosport were slightly more generous with a 6.5 grade.