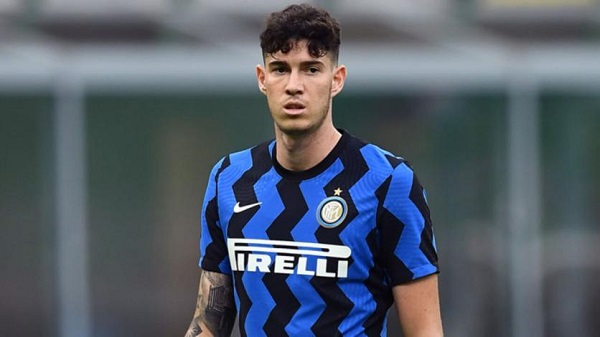 Alessandro Bastoni has responded to Giorgio Chiellini anointing him as the next top defender for the Italian national team.

The Juventus defender will stop playing for the Azzurri in the summer after 18 years.

He helped them win Euro 2020 last year and will hope to help them beat Argentina for the Finalissima in the summer.

After that game, he could walk away from international football for good and Bastoni is considered one of the players that can replace him.

The Inter Milan defender has just started his international career, but Chiellini thinks highly of him and recently said via Football Italia: “When Andrea Pirlo retired, everyone was worried about finding the new Pirlo, but there isn’t anyone with his characteristics, so we had to create a new type of team.

“Bastoni has different characteristics to me, but Italy can sleep easy at night knowing he is there and I can assure you he will be remembered not as the new Chiellini, but as Alessandro Bastoni.”

The same report then claims the defender thanked the Juventus man for passing on the baton.

Chiellini will be missed at the club and international level, but it is important that we think about replacing him on the team now.

Bastoni would be his perfect substitute in the national team, but Juve needs to find a new defender who will fill the void he leaves behind in their team.