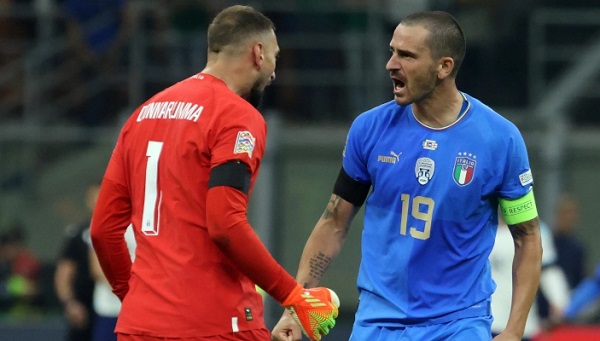 Italy roundup: Bonucci leads the seniors, Fagioli starts for U-21

Yesterday, Italy travelled to Hungary for the decisive round of the UEFA Nations League group stage. The sides were fighting for a spot in the tournament’s Semi Finals in a group that also included Germany and England.

While the hosts only needed a draw to preserve their lead at the top of the group, the Azzurri emerged victorious thanks to two unanswered goals courtesy of Giacomo Raspadori and Federico Dimarco.

For his part, Juventus captain Leonardo Bonucci is also leading the national team, and for the second match in a row, he did well while marshalling the backline and helping his team come away with a clean sheet – although Gianluigi Donnarumma’s heroics came handy.

On another note, Italy U-21 played their Japanese counterparts in a friendly match that ended in 1-1 draw. Lorenzo Colombo broke the deadlock for the Europeans, while Shota Fujio replied for the Asians after the break.

The Azzurrini featured a number of familiar names for Juventus, as told by Il Corriere dello Sport.

While Fabio Miretti returned to Turin after sustaining an injury, his teammate Nicolò Fagioli was on the pitch for the entire match.

Moreover, Nicolò Rovella was also in the starting lineup, dictating the play for the Italians. The midfielder eventually left the pitch in the 82th minute, leaving his spot for Filippo Ranocchia – yet another Juventus youngster on loan at Monza.