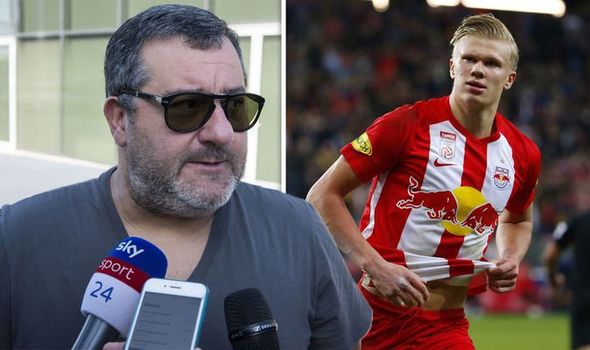 ‘It’s what has been said’ – Erling Haaland discusses Juventus links

Norwegian superstar Erling Haaland is currently one of the hottest properties in world football, and is being linked with a move to Juventus.

The Old Lady is no stranger to homing some of the best talents in the world, with Zinedine Zidane, Andrea Pirlo and currently Cristiano Ronaldo just to name a few, and you would be crazy to discount the pulling power of the Italian giants.

While Haaland may well be the next superstar to join the club, he claims to be happy with his current club, and insists that he has never claimed to be close to a move there.

The 2020 Golden Boy winner said (as translated by Gianluca Di Marzio): “Was I close to the Bianconeri? It’s what has been said, but never by me. I have been at Dortmund for a year, I am happy and doing well here. Raiola? Between Mino and me there’s a partnership, he has helped me loads. He is the best agent in the world and I want to continue alongside him in my career.”

His agent Mino Raiola refused to rule out a move to Italy however, stating: “A stop in Italy among the destinations for the world’s great footballers cannot ever be counted out. We are always ‘il bel paese.’

Whether we will be amongst the front-runners for his signature when he does decide to leave the BVB is yet to be seen, but he would most definitely be high on my wishlist if we could sign him.

Report – Paulo Dybala will not extend his Juventus stay