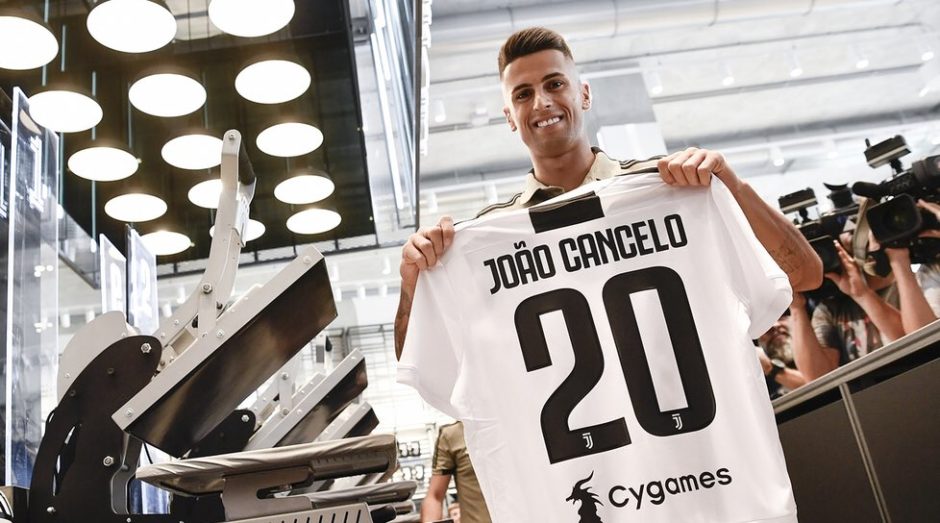 Joao Cancelo believes Inter and Juventus are both great clubs, but he chose the Bianconeri because he wants to win titles.

The new Juventus signing was officially presented to the media and was of course asked about the impending arrival of his Portuguese compatriot, Cristiano Ronaldo

“It’s a pleasure for me and everyone to play with someone like Ronaldo, the best in the world,” Cancelo told the Press conference.

“He’ll definitely raise the quality of the team and I hope we can keep winning together.

“It’s a pleasure to have him here, he’s used to winning and has a winning mentality. Juventus have dominated the Italian league in recent years and I hope he can help us continue that success.

“The Champions League is a competition between the best teams in Europe and Juventus is one of those. We’ll have everything to compete for that trophy.

“It’s an objective because he [Ronaldo] increases our quality, but I don’t think it’s an obligation because there will be other teams competing with us.

“It’s definitely an important objective for us though.

“Inter was a very important club for me. They helped me to mature, they gave me my first experience in the Italian league and I thank them for that.

“The Italian league helped me to improve my weaknesses, like the defensive aspect, and I’m improving as a player. I want to keep doing that.

“I was in a situation [at Inter] which depended on the transfer market. Inter didn’t exercise their option for me, Juve wanted me and always proved they wanted me, and I wanted to come to this team that is one of the best in the world.

“‘I’m not here to talk about the differences. Juve dominated the Italian league, Inter is a great club. Now I’m a Juventus player.

“There are many (great players): [Paulo] Dybala, [Gonzalo] Higuain, Douglas Costa. The defenders are also very good, for example Chiellini is great in his role.

“Alex Sandro has welcomed me very well, I’ve been spending a lot of time with him in recent days, then when [fellow Portuguese speakers] Douglas Costa and Ronaldo arrive it’ll be even easier to adapt.”