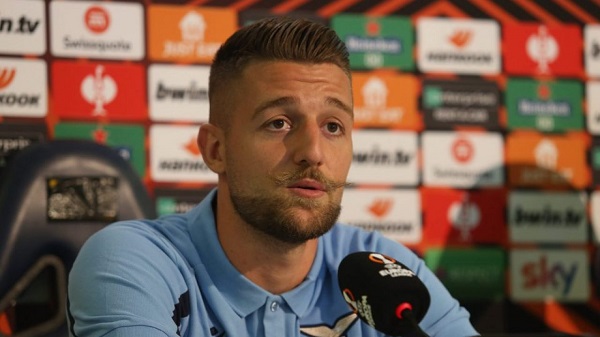 Sergej Milinkovic-Savic has been on the radar of Juventus for a long time, but Lazio has kept him in Rome so far.

The Biancocelesti remain keen on keeping the midfielder in their squad, even though his contract runs out in 2024.

They intend to offer him an extension, but he now has a good chance to change teams.

This could see him not extending his deal at Lazio and instead looking to leave the club.

Juve should be ready to pounce if they get encouragement that the midfielder will leave.

The journalist Marcello Chirico believes that will be the case and the Serbian will eventually play in black and white.

“He left the stadium with a standing ovation. Lotito can’t push too hard this year. He’s been able to do it up until now because he had a long contract. If he agrees with Juve, we’ll get to the end and loses it to zero. For me, Juventus takes it”.

Milinkovic-Savic has consistently been among the best midfielders in Europe over the last few seasons.

Adding him to our squad will strengthen us, and he will come with a lot of experience.

However, he might still cost us a lot of money because Lazio prefers to sell him to another club.