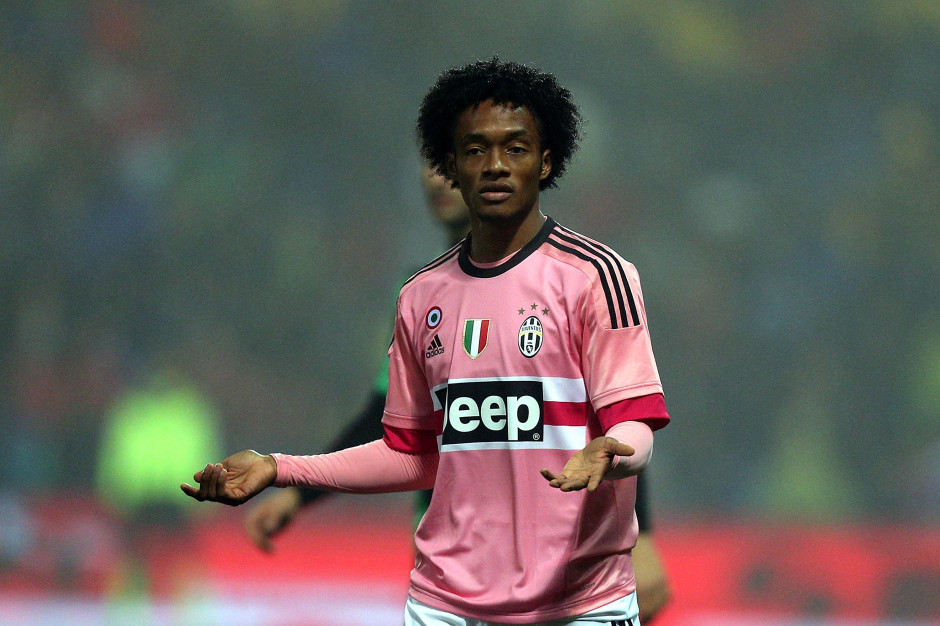 Juan Cuadrado ‘very happy to be at Juventus’

Juan Cuadrado is ‘very happy to be at Juventus’ and believes the Bianconeri will return to the top.

Speaking to UEFA.com, the Colombian answered questions about his return to Italy and how he settled in at Juventus.

UEFA.com: You joined Juventus on loan from Chelsea; what was it that attracted you to Turin?

Cuadrado: The idea of coming back to Italy attracted me a lot. I know the football here, I know the language and the people, and the truth is it feels like my second home. So when I had to decide about whether to take this chance or not, I talked to my agent every day about my return. And now I am very happy to be here at Juventus.

UEFA.com: How have you settled into your new surroundings?

Cuadrado: When you already know the language and the people then it makes it a lot easier for you. And there being a lot of players from South America in the team – that also helps. Coming to the team was no problem, it’s a great team with great players and great personalities, and they really embraced me in the best way possible.

UEFA.com: You spent just a season in the Colombian top flight before moving to Italy. Was it a difficult decision to leave home at such a young age?

Cuadrado: It was difficult to leave my family, my friends and actually almost everything behind. But it was always something I’d had in mind. You have to make sacrifices in life and this is what I had dreamt of since I was a boy, to play in Europe. It was a nice opportunity for me and I had to take advantage of it.

Cuadrado: When I came here it wasn’t easy and at Udinese there was a lot of competition for places. I didn’t play much. But everywhere I have been, I have always thought that having made it to Europe, I could not return; I want to be a great footballer in Europe.

Fiorentina really helped my development. Playing in Europe means a lot of tactics and that took me a while to get used to, but you have to improve day in, day out.

UEFA.com: Last season Juventus reached the final; do the new members of the squad feel extra pressure to repeat that success?

Cuadrado: We all know that Juventus are a big club. We are a strong team, we can be competitive and we are right up there. But we must take it match by match and make sure we make the next round. It has always been important for Juventus to be at the top and I am convinced that this great team can achieve that.