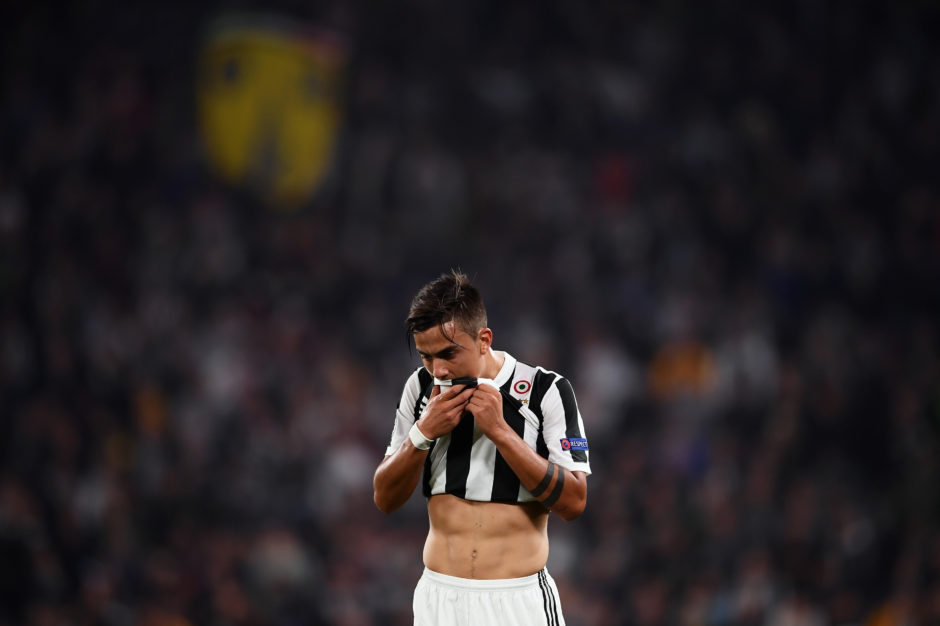 I’m no Shirley Bassey fan, I had to Google the title to see who sang that song, but she was right, we’ve been here before haven’t we? In fact, I’d go as far to say it’s a seasonal occurrence. Juve’s early season form can often be compared to that of a hibernating tortoise who has awoken from its winter-long slumber. Okay maybe not that bad but after some early season promise in the late summer sunshine we’re now experiencing some unwanted deja-vu as autumn approaches.

After routine wins over the league’s also rans we have started to lose a little impetus (not helped by the international break), while others around us have cantered along, barely breaking stride. This started with the Barcelona defeat, but that wasn’t unexpected so it barely registered. We almost imploded in Genoa, but thanks to Dybala’s brilliance we were saved a second humiliating defeat in consecutive seasons. We had a tough time against Olympiakos at home in the Champions League, with the much maligned Higuain netting the winner. This led to the turning point in our early season adventures; Atalanta, away in Bergamo. I devoted an entire article to VAR last time, so I won’t go into it again here, suffice to say we didn’t have the best of luck in that game. After the international break we faced Lazio at home and lost. Yes, we lost. It happens, but the vitriol building since the Olympiakos game towards Max Allegri and the team has now reached ridiculous heights, calls for his resignation stand out as crass and uneducated. The criticism of his team selection has been, in parts, warranted, but singling out players for personal abuse is pathetic and embarrassing. Remember, people, we have only dropped points in consecutive games, one game was robbed from us and the other we failed to take a golden opportunity to win, yes, Dybala’s penalty taking abilities need some work and have ultimately cost us four points from those last two games. I am not, however, solely blaming him. 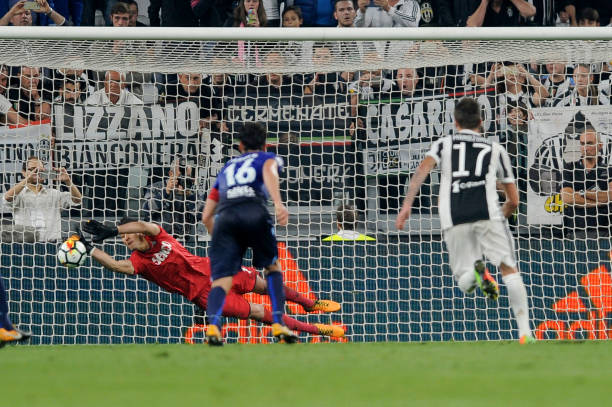 On to Wednesday and the second Champions League home game against Sporting Lisbon, another hard fought win against decent opposition, the aim with the group matches, much like any cup competition, is winning, and we’ve put ourselves in a good position to qualify relatively easily. As a small digression, qualifying in first place isn’t the golden ticket to an easier Round of 16 tie it might have been in previous years due to the sheer volume of quality teams in each group. Finishing second could just as easily land us an easier draw in the knockout round.

That’s our first few months in a nutshell, six wins from eight games in the league and two wins from three in the Champions League. Hardly relegation form, is it? Yet it feels very familiar. Last season it took an embarrassing defeat away to Fiorentina for Allegri to change the formation and spark a sprint towards the Champions League Final and our sixth successive Scudetto. Many of the pre-Christmas games felt like friendlies with Juve hardly breaking a sweat, not to suggest they didn’t work hard, but we were rarely out of second gear during most of those games. Post-Christmas we lost one game, one. Away to Roma in May. However, the latter months of 2016 were not the most aesthetically pleasing for Juventini. Fresh in the memory though, is a successive domestic double and a second Champions League Final in three years. In the end Allegri’s penchant for cruising through games and playing players out of position were vindicated and the doubters were proved wrong. 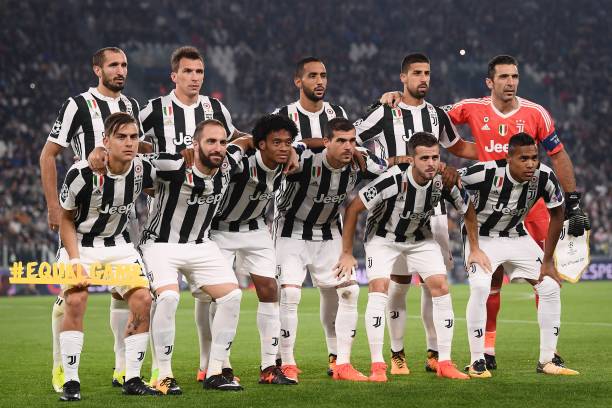 Rewind 12 months and we were in familiar territory, only much, much worse. As you know we won one of the first six league games and by the end of October we were plodding around mid-table. After an away draw to Borussia Monchengladbach in the Champions League the level of criticism was unbelievable. I haven’t ever witnessed anything like it before and I doubt I ever will. In the modern era of social media it allows people of all knowledge levels to give their opinion on any subject (much as I am doing now), whether it be completely spot on or so far off the mark to be considered laughable. It comes with high expectations (more of which soon). That 2015/16 season, you’ll recall saw us complete a domestic double and be unlucky to be knocked out of the Champions League in the first knockout round. Again, Allegri and co. came out of the season unscathed and showered with praise.

Back to this season, as I mentioned earlier we have failed to win our last two league games which have been sandwiched in among an international break (allowing people to marinade in their own peevishness for a week) and a couple of tough going, ground out wins in the Champions League. First world football problems. Our expectations are so high that a home defeat is now met with all sorts of outlandish opinions, talks of a crisis have been levelled at the management. People almost became hysterical when Dybala missed his second injury time penalty in two games. It is the nature of the beast to build expectations even more as each trophy is lofted high by the Bianconeri. We have genuinely been spoiled for the past half a dozen years and we should be grateful for Allegri helping us to reach a domestic pinnacle and be within touching distance of the European summit. There are plenty out there who fail to realise success isn’t a divine right, not to Juve or anyone.

There are plenty of reasons for the apparent slump in form, I feel Allegri has still to decide on his best starting line-up, new signings have played sporadic cameos or have been injured. I can understand the need for settling in and adapting to new surroundings, but I feel Allegri is taking this to the extreme. In the case of Bernardeschi I can only hope Max is saving him for later in the season as Federico must be fuming at being left to kick his heels on the bench at the expense of Juan Cuadrado; a player who has played well once this season and too often leaves fans frustrated at his ineptitude. Douglas Costa has shown flashes of brilliance but Max favours Mandzukic on the left. I don’t want to take anything away from Mario’s performances as he’s been a surprising revelation since his deployment out on the left, but Costa gives the team balance and flair which Mario doesn’t. The midfield, a great cause of debate in pre-season, has been good, but only when Matuidi and Pjanic have played together. As I’ll say to anyone who asks, those two really make a difference to Juve, and as we’ve seen recently Pjanic is sorely missed when he’s not there. That leads me on to injuries, of the midfield, Marchisio, Pjanic and Khedira have all missed significant time and their absence to a greater or lesser extent, has been felt. Calls for signing this player or that player when someone gets injured are annoying. Injuries happen, to every team, it’s just a shame they have happened to our better players in such a short space of time.

The defence is still looking very nervous at times, these times are often masked with a win but cruelly highlighted. Again, Allegri has yet to settle on a consistent starting back four. It should be said that, like Bernardeschi, Daniele Rugani must be sick of the sight of the Juve substitutes bench. Allegri’s insistence on picking an inconsistent Benatia ahead of him is becoming embarrassing. It has gotten to the point, for me, where if Rugani said he wanted to leave in January I wouldn’t be surprised. The departure of Bonucci coupled with Chiellini’s and Barzagli’s ageing limbs should’ve meant he would get more playing time, unfortunately for him it has proved to be the opposite. I feel sorry for him. Ageing limbs and inconsistent play (Alex Sandro doesn’t escape notice there) have seen opponents attack with greater verve knowing we can actually be beaten, relatively soft goals versus Atalanta, Genoa, Sassuolo, Lazio and Sporting could have all been prevented with a greater show of confidence and understanding from the back line. Confidence is bred by having a settled, consistent defence not by uncertainty. Definite improvements must be made before long.
The front two, usually Higuain and Dybala, despite their mostly consistent and dominating play have too often become ineffective recently. It’s worrying to see such a potent attack become lifeless when the team in general isn’t playing well. Their respective styles of play rely heavily on the team in the form of support from midfield and the wings, when we’re not playing well collectively this highlights Pjanic missing games through injury and Cuadrado and Costa just going missing during games!

Having said all this, we are a shade over two months into the season. Allegri has proved in the past that Juve do not reach the peak of their powers until much later, given our record over recent seasons it’s not such a reach to expect the same this year. A settled starting line-up would be a start and increased playing time for Bernardeschi, Rugani and Costa. Remember we have only lost one league game and one Champions League game so far, so please calm down, support the team in a positive way and roar them on to another league title. Who knows, we may go one step further than last season.