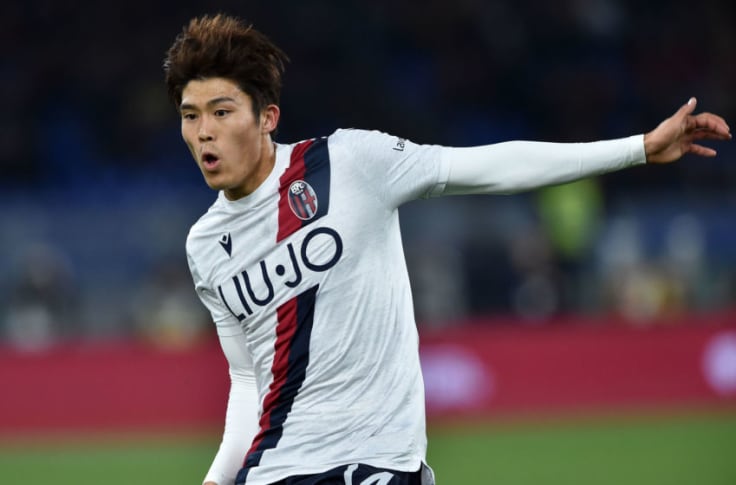 Although the January transfer market had shut its doors, the upcoming summer transfer session will be witnessing a lot more action, especially from the Old Lady.

Whilst Fabio Paratici and company mainly focused on upgrading the U-23 squad last month, with the arrival of several exciting stars, Pirlo’s first team remained the same.

However, one can be assured that things will be different by July, as several names are already being linked with a move to Turin.

Walter Sabatini – who currently acts as the coordinator between Bologna and Montreal Impact – claimed that three or four Rossoblu players are wanted by the top Italian clubs.

The former Roma sporting director spoke to Teleroma 56 as reported by Calciomercato.it, and stated that Takehiro Tomiyasu is among those names.

The report believes that the Japanese star is wanted by Juventus, Milan as well as Roma.

The 22-year-old arrived at Bologna in 2019, and this season he has been an ever present starter for Sinisa Mihajlovic.

Therefore, seeing Tomiyasu’s name being linked with bigger clubs shouldn’t come as a surprise, since the young defender has been so far impressive with his mid-table club.

The Japanese player mainly operates as a center back, but he can also feature as a right-back or a defensive midfielder.

Although his versatility renders him an exciting prospect for Andrea Pirlo, one must wonder if Juve actually need another young defender within the squad.

Matthijs De Ligt and Merih Demiral are still trying to work their way back into the first lineup – which is proving to be a surprisingly tough task after the return of Giorgio Chiellini – while 18-year-old Rade Dragusin is also showing flashes of brilliance during his rare appearances.