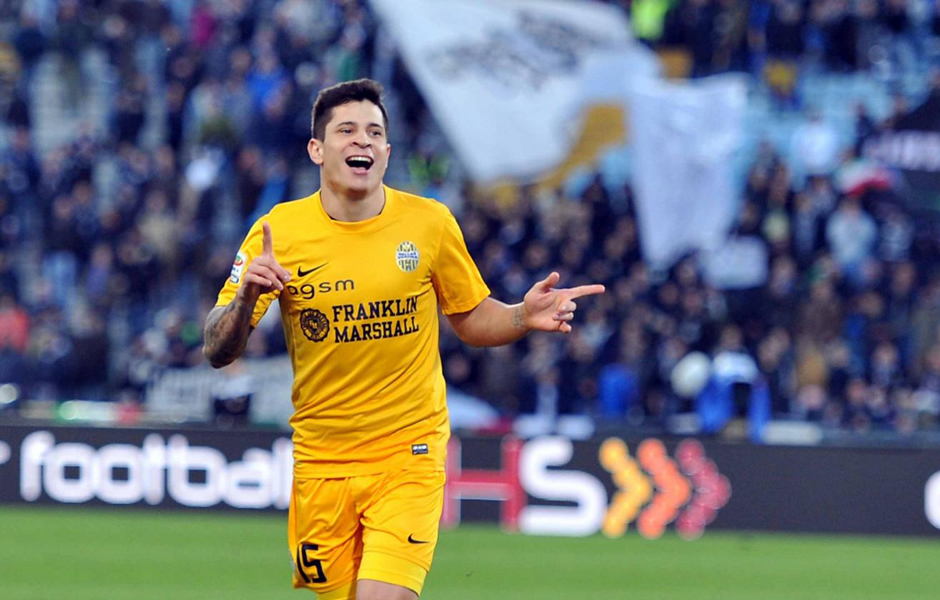 Juventus are ahead of AC Milan in the race to sign Juan Iturbe according to Gazzetta dello Sport.

The Argentine winger was recently purchased outright by Hellas Verona for a fee of €15m but the club conceded they would sell the player if they were to receive a ‘fair’ offer:

“We all know that Iturbe is a special player,” Hellas sporting director Sean Sogliano said on the club’s official website.

“We cannot hide the fact he is at the centre of important negotiations.

“He is aware of what the situation is, there are possibilities that he will join a big club.

Juventus directors are believed to be in Milan today, meeting with Hellas representatives to reach a deal for Iturbe as well as finalising a move for Stefano Sturaro with Genoa.  According to SkyItalia, Juve have reached an agreement for the player but have yet to come to an arrangement with Verona. At the time of writing, Hellas are asking in the region of €30m while Juventus value the player at closer to €27m.

Previous reports suggested that Juve were prepared to offer Fabio Quagliarella as part of a cash + player exchange deal.

Iturbe is believed to prefer a move to Juventus given that they can offer Champions League football next season.