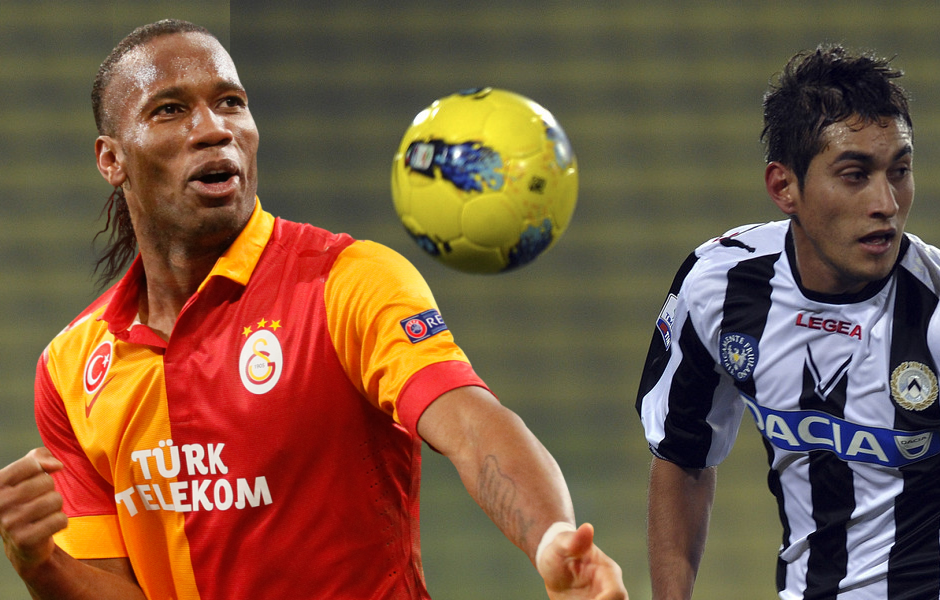 Juve In Talks Over Drogba and Pereyra

Two very different potential transfer stories emerging today suggest that Juventus have a deal in place for Didier Drogba and are in talks over Udinese’s Roberto Pereyra.

French newspaper L’Equipe report that a deal is practically in place for 36 year old Didier Drogba, whose current deal with Galatasary ends on June 30. Media in Italy suggest the signing is unlikely due to coach Antonio Conte’s doubts over Drogba’s age.

Meanwhile, back in Italy, Udinese President Giampaolo Pozzo confirmed they are “in talks” with Juventus over Roberto Pereyra.

The versatile 23-year-old Argentine plays predominantly as an  attacking right winger, but is also able to play in a  more central role or as a support striker offering Conte greater flexibility.

“The transfer market opens and with it the little games we play,” Pozzo told Sky Sport Italia.

“I cannot talk about real and proper negotiations. There have been some talks with the Bianconeri directors, nothing more.”