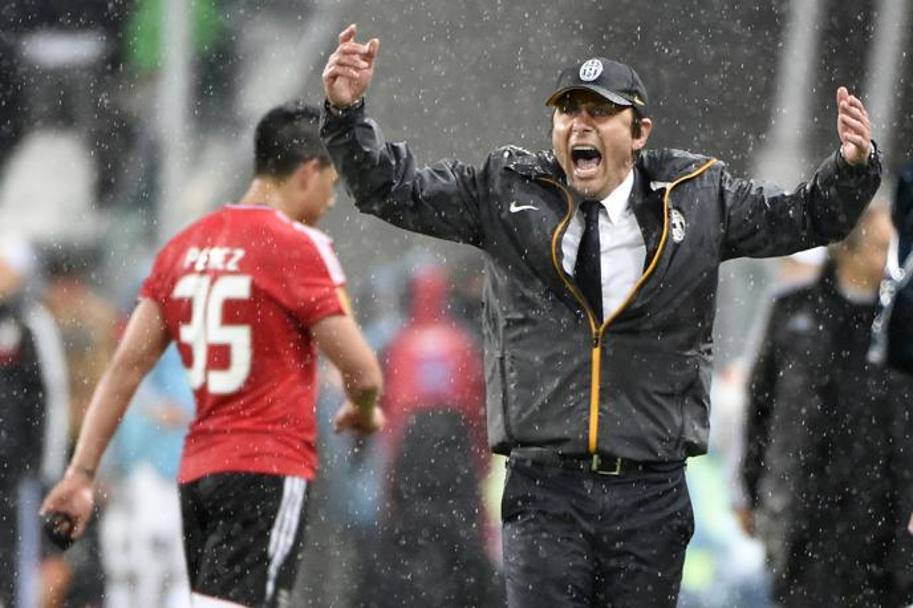 The European journey of 2013/2014 Juventus is over. Lima late stunner at Da Luz eliminated Juventus. The performance at Juventus Stadium was right as it should have been: gritty and convinced. Unfortunately, this didn’t translate into a goal. Juventus had some chances, but we didn’t have any clear-cut chance.

Benfica’s defense was spot on, in particular Luisao, who dominated in the box. Juventus tried with what they are accustomed to do: change of side, cuts by wingbacks and midfielders, Llorente’s distribution, Tevez playmaking outside the box, but couldn’t find the right opening.

Benfica went down to ten men and Conte switched to 4-3-3, but Juve didn’t look as dangerous as with 3-5-2, also because they probably run out of gas. Hats off to Benfica, but it is devastating to exit like this, knowing that we would have had the unique opportunity to play the final at home.

Buffon: 6. He didn’t need to do much, he rushed well on Rodrigo.

Caceres: 6.5. He controlled well his area, he had the final chance to score but Oblak denied his header.

Lichsteiner: 5.5. He run a lot, but that missed control when he was wide open late in the game is costly.

Pogba: 7. Best Pogba in ages, flashy, powerful, maybe he had to shoot more.

Pirlo: 6. He distributed well, but in big games you always expect The Play from players as majestic as he is.

Vidal: 6.5. The first half was very Vidal-esque, many tackles, energetic. He faded as the time passed.

Asamoah: 6. In multiple occasions, he had the chance to cross the perfect ball, but failed.

Tevez: 6.5. Scrappy, pugnacious, he shot a lot and was the last one to give up.

Llorente: 5. Strikers are usually judged by goals, today he never had the chance to bury it.

Giovinco: 5.5. He wandered around the pitch, but didn’t produce much.

Marchisio: 6. He brought some energy and some clever passing.

Osvaldo: 6. He did his job, but Pogba was offside.