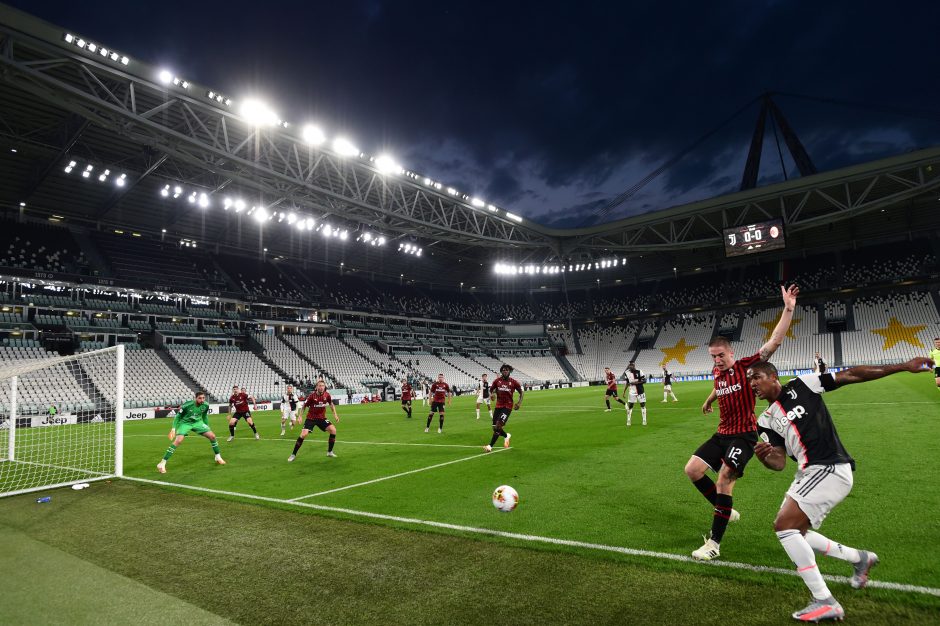 Juventus had a man advantage for much of the game but failed to make it count, despite qualifying on away goals with Cristiano Ronaldo missing a penalty on the night.

Buffon: He might as well have stayed at home in the first half, a spectator for 45 minutes, even more so when Rebic got himself send off for a ridiculous ‘tackle’. Tested very little in the second ’45 without a single save to make. 6.0/10

Danilo: Surprisingly sharp, even whipped in a decent cross that Matudi should have done better with. Managed 4/5 tackles at the back and kept things relatively tight. 6.5/10

Leonardo Bonucci Not troubled a great deal but was focused enough when called upon. Good in the air, had a half chance or two at the other end. 6.0/10

Matthijs De Ligt: All-action as always, making a few good tackles before scaring us all when going down on his shoulder, but thankfully ok. 2/2 tackles completed, 1 interception and 1 clearance. Solid enough. 6.5/10

Alex Sandro: Good at both ends of the pitch without really having a meaningful impact. 3/3 dribbles, 2 interceptions and 2 clearances. 6.5/10

Blaise Matuidi: Did enough in the opening half in a typically Matuidi-esque performance, but he should have done better when in front of goal, shooting straight at Donnarumma instead. 6.0/10

Miralem Pjanic: Despite moving him a little further forward, he was still off the pace and looked average in the first ’45. Not much improvement in the second half but he looked ‘ok’ as did many others, but tired and lacking in match fitness. 5.5/10

Rodrigo Bentancur: 5/5 tackles completed in the first half, sharp passing and good overall decision-making but still a work in progress. Definitely looks more at home in front of the defence than Pjanic. 7.0/10

Cristiano Ronaldo: Had a few half chances but looked a little off the pace before missing a penalty. Struggled in the second half and didn’t really create any decent chances. In need of the run out like everyone else. 5.5/10

Douglas Costa: Had a chance to open the scoring after just a few minutes and was a real bright spark on occasions, but equally frustrating in other moments. Had some decent moments where he linked up with the other forwards but still needs time to get into his stride. 6.0/10

Paulo Dybala: Constantly moving and pulling the Milan defence out of position. A few blocked shots and one wide – tested Donnarumma on a few occasions and looked the best of the attacking trio. 6.5/10

Federico Bernardeschi: A few good runs, but nothing of note. 5.0/10

Adrien Rabiot: Zero impact for the time he was on the pitch. 5.0/10