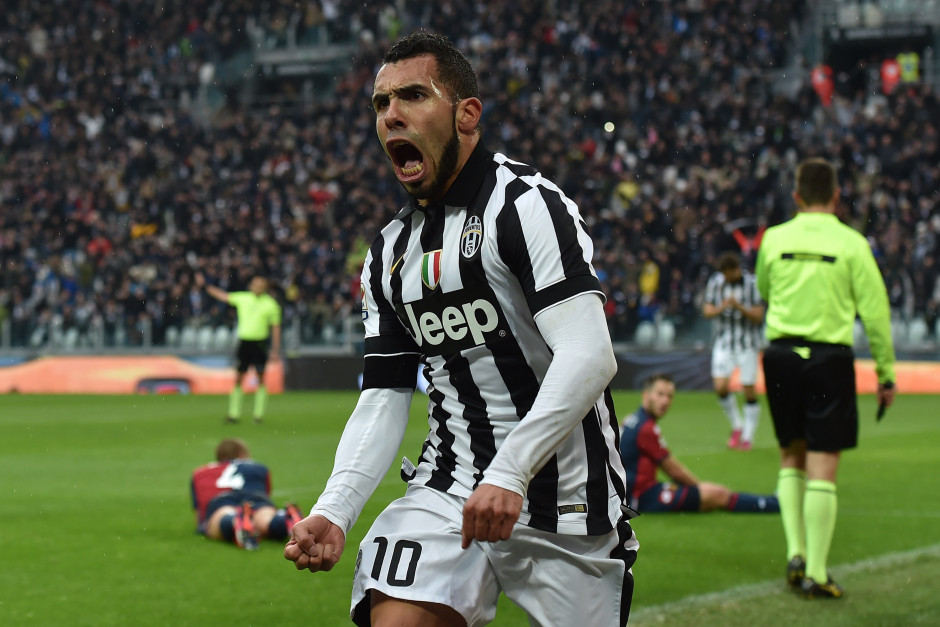 There are a few general notes about today’s game. First, Max Allegri’s Juventus really love a 1-0 victory. Today’s game was the third 1-0 victory in a row in Serie A. Secondly, the 1-0 loss to Genoa from October has now been avenged. Finally, Juventus sit atop the Serie A table with a 17 point lead and a game in hand, so the Scudetto race is finished most likely.

It didn’t take that long for Juventus to put this one away. Fernando Llorente had an effort on goal in the first ten minutes that wasn’t very harmful, and Arturo Vidal skied an effort from just outside of the box, but there’s a reason that Juventus pays Carlos Tevez. Tevez, in the 24th minute, destroyed Genoa’s defense.

Roberto Pereyra fed him a pass, and Tevez was with the ball outside the right side of Genoa’s 18 yard box. Tevez broke past two Genoa defenders, and then improbably scored from an incredibly tight angle. He’s scored a few crazy goals lately, so let’s just enjoy Tevez being in top form at such a critical time of the year.

Minutes later Stephan Lichtsteiner attempted to score from a similar spot, but his effort was too high. Juve were very much in control of the game, and the first goal only made that official. Giorgio Chiellini nearly doubled the scoreline going into half time, when he had a point blank shot on goal off of a corner kick. However, his effort bounced off the post.

Genoa goal keeper Mattia Perin, who is sometimes hyped as a potential heir to Gianluigi Buffon – at least in terms of being Italian and a goal keeper – was injured 50 minutes in and had to come off. Surprisingly, the change in goal keepers did not lead to more Juve goals.

The fact that Carlos Tevez missed a penalty only made it more puzzling. Roberto Pereyra was fouled in the box by Facundo Roncaglia and Juve were awarded a penalty. Obviously, Tevez is going to take it. Not obvious was that his right sided shot would be saved. Generally goalkeepers do not save his shots.

Regardless, the lone Tevez goal was enough to get Juventus another win. Now there is the international break, so let’s just hope our players return healthy. We will see Juventus again in April. 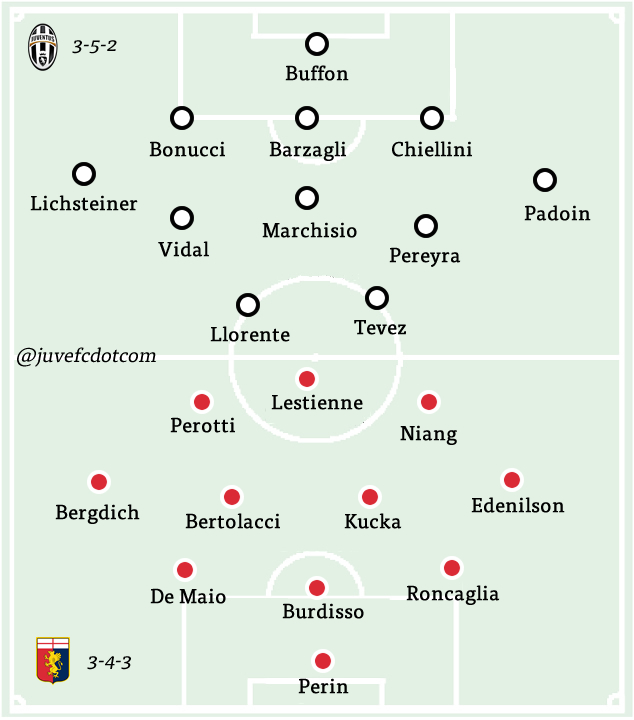