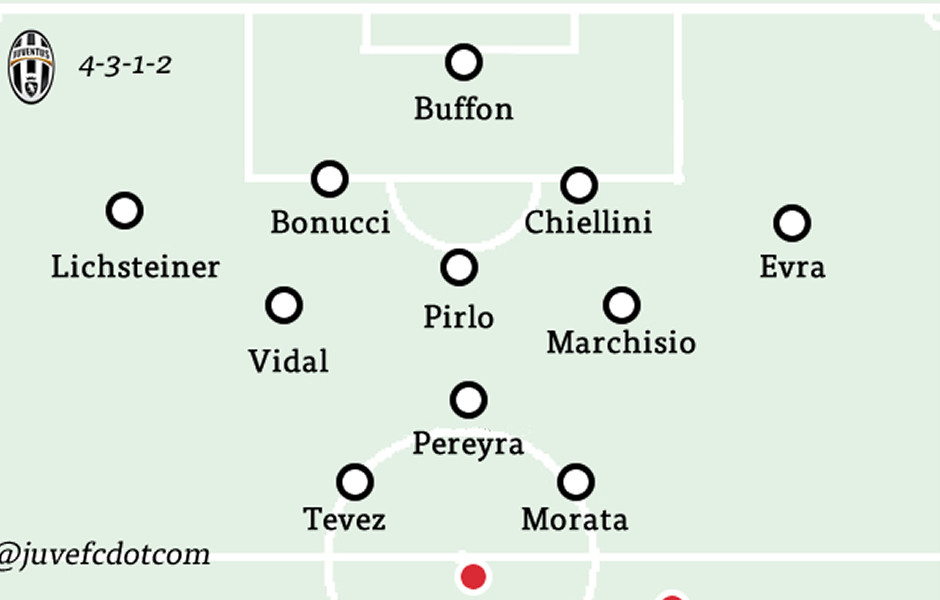 Arturo Vidal’s penalty was enough to give Juventus a 1-0 Champions League quarter-final victory over Monaco.

A contender for man of the match. Made a great opening save very early in the game, his first of many. A superb one-handed save from Martial kept Juve in the game. SuperGigi.

Tracked back when needed but also provided a great outlet for Juve down the right.

Utterly rock solid at the back, keeping Martial and Carrasco relatively quiet. Even managed to stride out of the defence on occasion to get Juve moving forward.

An early mistake aside, his performance next to Chiellini was vital to Juve’s clean sheet. Made some timely interceptions and great clearances.

An average first half was replaced by a stellar second. Broke up numerous Monaco attacks and took his penalty with a clinical finish.

Not as effective in the first half but improved for playing in Pirlo’s position in the second half.

Didn’t make a great start to the game and misplaced a few passes but he grew as the game went on. Provided the defence splitting pass that led to Juve’s penalty.

Another stellar performance, making intelligent runs out wide to create space for the front men. Marked Raggi well when the defended tried to push forward and created a series of chances for his teammates.

Had some decent shots from distance but failed to make them count. Worked tirelessly though throughout the entire 90 mins.

Lacked the final touch but his positioning was brilliant and he earned Juventus the penalty that ultimately secured the win.

Juventus have agreement for Edinson Cavani ?