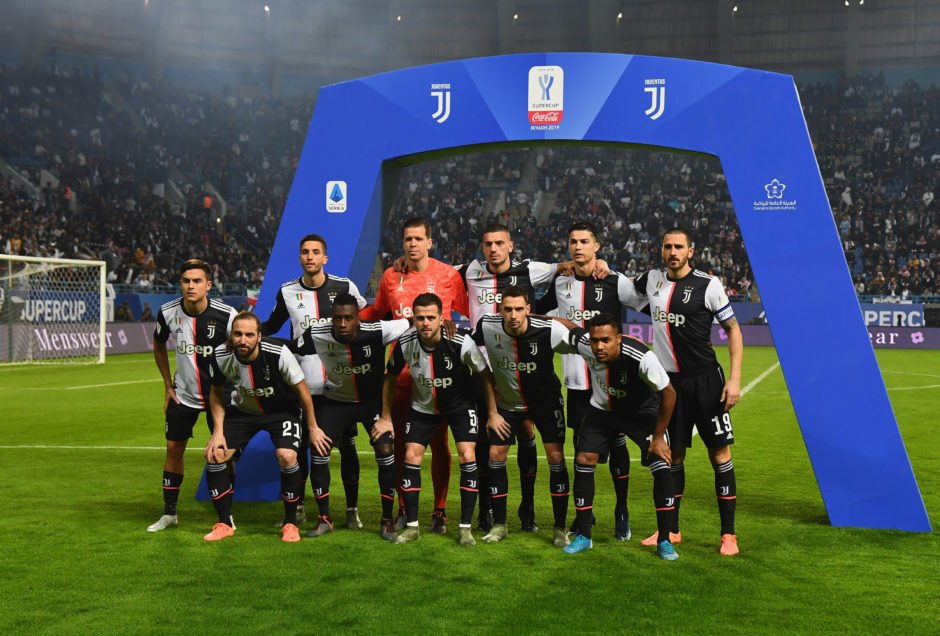 Juventus slumped to their second defeat to Lazio in as many weeks, losing the Supercoppa Italiana final in dismal fashion.

Tek: Perhaps could have done better on the Lazio opener as he seemingly lost his footing and didn’t really attempt much of a save on the second goal either or the free-kick that sewed up the result for Lazio. Still managed five other saves which perhaps reflects how difficult Lazio made it for Juventus on the night. 6.0/10

De Sciglio: Looked unsure at the back and allowed the cross that led to Lazio’s opening goal. Offered nothing going forward for Juventus and was duly subbed off for Cuadrado. 5.0/10

Leonardo Bonucci: Caught flat-footed a few times and looked a little off the pace when Lazio were breaking but overall, he helped keep the scoreline half-way respectable.  6.0/10

Merih Demiral: Strong in the tackle and did a great job of marking Immobile in the opening half. Couldn’t really be blamed for any of the Lazio goals and he offered a good account of himself once again. 6.0/10

Alex Sandro: A woeful opening 45′, could have done better on Lazio’s opener, but he was also at fault for not closing down the cross that led to Lazio’s second. Average. 5.0/10

Blaise Matuidi: Wasteful, sluggish and poor when controlling the ball and utterly at sea for the Lazio opening goal. Did precious little to redeem himself thereafter. 5.0/10

Rodrigo Bentancur: Made some good passes and dribbles down the flank to begin with but faded out of the match and had no direct influence on the game. 5.0/10

Miralem Pjanic: Looked at sea in front of the defence and while he was neat with his passes, Juve’s midfield was all too easily outmuscled for much of the game. 5.0/10

Paulo Dybala: Looked a little subdued to start with but burst into action when following up on a parry to slot the ball home. Tried his best to create opportunities but the rest of the team didn’t seem as up for it as he was. 6.5/10

Cristiano Ronaldo: Arguably the best attacking player on the pitch, forcing saves and putting a few shots just wide of the post and upright. Played a part in the opening goal and continued to try and win the game, almost single-handedly. One of the few Juve players that turned up on the night. 6.5/10

Gonzalo Higuain: Looked leaden-footed and very frustrated – a few poorly times runs aside, he offered little and was substituted at the right time.  5.0/10

Maurizio Sarri: Not sure he got many things right on the night from the formation to the starting choices to leaving Rabiot and Ramsey out of the game and starting De Sciglio and Matuidi, both of whom played very poorly. Really needs to rethink how this team is going to press on in the new year with such a weak midfield.  5/10

Aaron Ramsey: Wasn’t really able to offer too much when coming on to play behind the forwards. 5.5/10

Juan Cuadrado: Made more of an impact that De Sciglio as soon as he came on as he offered the forwards some service in the box. 6.0/10

Douglas Costa: Offered some pace but wasn’t able to influence the attacking phase of the game as Lazio had him so well marked 5.5/10