Buffon – No chance on the goal, was mainly a spectator for much of the game and made just the one comfortable save in the second half. 6

Bonucci – Fairly average performance by the big fella and yet he joined the late charge high up the field and was unlucky to see his perfect assist for Higuain put wide. 6.5

Benatia – Took his goal superbly, played a terrible pass which put Buffon in trouble and emptied his tank by the last quarter. His price is reasonable, and if we can be certain of his fitness and rotate him into the starting XI more often, to allow him to forge cohesion with his team mates, I am fine with his signing. 6.5

Barzagli – I have mentioned this previously and I hope Allegri now understands that a 35 year old CB is not a safe fit for the modern fullback position. He does not have the legs.  Had Lichsteiner been playing we would not have conceded. Hard to blame Andrea as its not his natural game. 5

Asamoah – Solid, and back to his best at both ends of the field. 7

Pjanic – Found it hard going with a packed AC midfield, which he was unable to bypass. His set piece deliveries were also below par, though he did come close with a shot which the giant toddler pushed up onto the bar. 5.5

Khedira – Unable to capitalise on several presentable chances, yet dug in and fought hard when the visitors found a brief period of belief in more than playing for a point. 6

Alves – Deployed higher up the field and provided the perfect assist for our opener. As is often the case, his tricks caused some concern, yet he was generally tide on the ball. One of the better crossers in the team which allows him to prove viable in the RW role. 7

Pjaca – It is great to see him playing more regularly and we must take on board how little competitive action he has under his belt. Still, as direct and potent as he was, the youngster missed two glorious opportunities to put the game to bed, then faded before finally giving way to Kean. 6

Dybala – Still whining and rolling around too much for my liking but his football was decent. Showed superb mental steel to tuck away the penalty in such a moment of high tension. 7

Higuain – Guilty of missing several superb openings, yet always a threat. He can make up for it on Tuesday when Porto come to town. 6 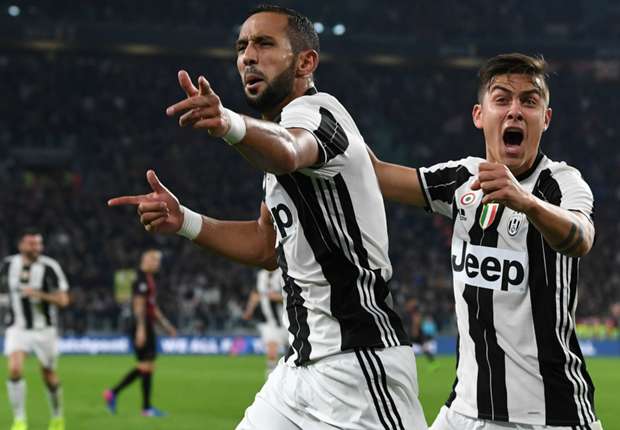 Kindly excuse my lack of zeal, for my mood is deeply glum after finding myself finally caught by the Highway Patrol whilst practising my cornering at high speed on my two wheeled devil steed en route to the beach. A 6 month ban awaits alongside a $600 fine and yet more points on a licence which now reads like a rap sheet of a career criminal. It was probably my most perfect run of the twisting back roads to the beach, every overtake felt sublime, I was the thunder and lightning combined, carving my way through traffic, rolling on the power at the perfect point of each apex and roaring on the straights. Still, there is probably some sense to the ban and the punishment could have been far worse, given they had been chasing me for a while before they got close enough for me to see them, yet I was locked in a tunnel vision rocket man on two wheels routine. Blinkered to everything but oncoming cars, the road surface and the eagerness to maintain my high octane pace.

And so onto the football…

We were clearly the dominant force throughout, yet AC made a great fight of it. They created two chances, took one. We created 12 and took 2. Donnarumma was in brilliant form, and deservedly Man of The Match.

There was a five minute spell in the second when we dropped off, other than which we were constantly pushing for openings, applying concerted pressure to a side very much set up to defend and hit on the counter. Again we were guilty of spurning numerous chances and I hope we are saving a step towards more clinical conversion for when we face our next opponents in the Champions League.

Other than the steady flow of cards, there was of course a fair amount of controversy.

Firstly, Zapata stood on Dybala’s foot in the box. This could have been given had it been noticed, yet as the ball fell to Pjaca who went close, it was soon forgotten.

Next was Bacca’s goal, which was a few inches offside.

Finally the penalty which was given. Lichsteiner blasting in a cross, De Sciglio turning to block and his hand indeed stopping the ball. This is a tricky one. Some refs would give it, others would not. Whilst the player was close to where the ball was played, the manner in which he moved his body – whilst natural – certainly stopped the cross going in with his hand. For me its 50/50. More important was the beautiful spot kick taken by Dybala, under huge pressure.

It was a very entertaining game. We played well throughout and on the balance of chances, should have won far more comfortably. However, the manner of victory is just what we needed before the crunch tie with Porto. Our heckles are up, confidence must be flowing through the ranks, and we have the perfect platform to make a serious statement of intent.

I am impressed with the work Montella is doing and respectful of his post match comments, which refused to add fuel to the fire. The flames of which are rooted in this bizarre idea that Juve consistently receive preferential treatment from the officials.

Man of the Match Donnarumma kept the scoreline respectable.

We were wrongly mauled in 2006. Effectively punished by Moratti cronies who were placed at the FIGC, for what amounts to violations of the sporting code akin to insulting linesman. This apparently pro-juve football system then went onto charge and convict Conte, in a case in which 24 players were deemed non credible witnesses and 1 player – a proven match fixer eager to get his punishment reduced – was deemed credible. Indeed, 24 players could well have been taking a piss at the same time as Conte directed his devious plan!

There is far more damming evidence to confirm that the FIGC have been on a witch hunt with Juve as their target for many moons. Also that Inter officials were rigging matches. Yet this is not mass disseminated. As many people who still believe those bothersome WMD will be found in Iraq, believe Juve are cheats. Most people follow the headlines, consume spoonful after spoonful of MSM bullshit then ask for seconds. They know only what they are told by a media empire demonstrably corrupt and deceitful. The absence of critical thinking in humanity of the West is growing worse by the hour. No questioning, no challenge, nothing but total obedience to an extremely well oiled propaganda machine. Which reminds me of ranting at a chum recently…I asked him :

“mate, do you not find anything wrong, anything strange, anything appallingly questionable about Assad – who was accused of using chemical weapons – inviting to Damascus UN chemical weapons inspectors, and launching a chemical weapons attack next door to them the next day? This is the same as me being investigated for murder, the police turn up to question me, and I place them in the living room, go to make a cup of tea, then head next door to cut the throats of my neighbours…It makes no sense whatsoever??”

His response, a little sheepish, was:

It is a similar story with the widespread opinion that Juve were convicted of match fixing and basically own the FIGC. It is ‘true’ because it was ‘all over the news’…speaking of which, I remain unsure what happened to comrade Gaddafi’s shares in the club? Who got them? The french, english or yankees I suppose, since they took everything else from The Colonel and his country.

There is little point debating this with others who have long been tuned in to the nonsense channels which bombard them from every angle. It is best to simply try to ignore the drivel and focus on the football. As Allegri does. For to find our players reacting to the furore, distracts them from the matter in hand, which is a potential treble, in the least a historic 6th straight league title on the trot. The latter is looking more likely, week by week, and as for the former…We will know more in due course.

Another 3 points, 31 home league victories in succession, no new injuries and a job well done by Max and the lads.