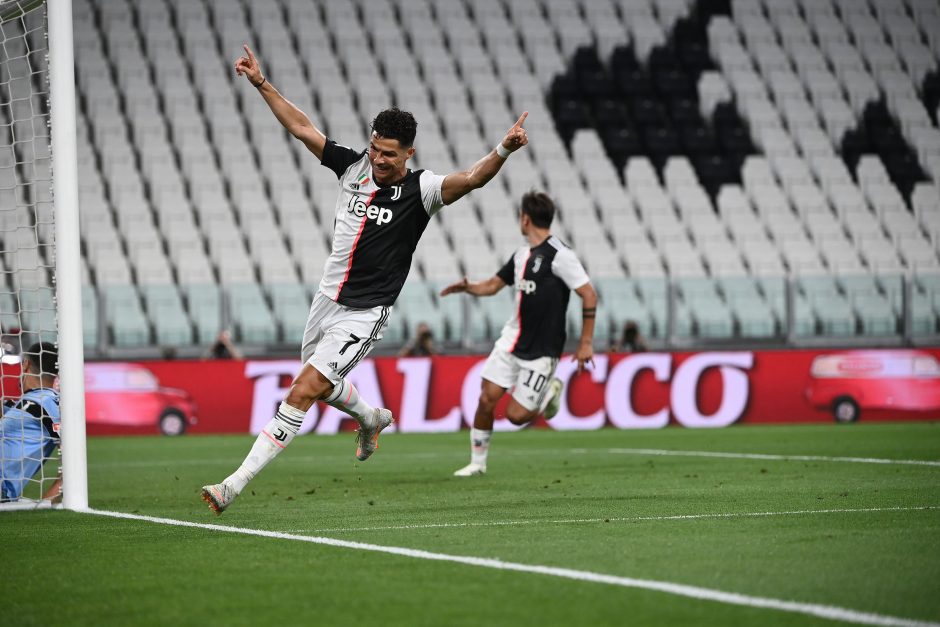 Juventus dominated for much of the game and put one hand on the title thanks to stellar showing from Cristiano Ronaldo and Paulo Dybala.

Tek: Didn’t really have much to do in the first half, bar a late Immobile effort that came off the post. Made a good stop late in the game to keep Juve ahead. 6.5/10

Alex Sandro: Hit the post with a quick reaction effort but his crossing was a little off when he got into the Lazio half. 6.0/10

Leonardo Bonucci: A good early block on Caicedo, but he needed to better on Immobile when the Lazio striker hit the post and gave away a penalty that almost let Lazio back into the game. 5.0/10

Matthijs De Ligt: Solid from the start of the first half, played a great volley back into the box for Sandro and generally had the measure of the Lazio attack thereafter. 6.5/10

Juan Cuadrado: Some good footwork and his runs forward proved a good outlet down the right flank. 6.0/10

Aaron Ramsey: Looked very rusty from the start with some poor decision-making and some mistimed runs into the box. 5.0/10

Adrien Rabiot: Really coming into his own and seems to be growing in confidence in recent weeks. Solid work at both ends of the pitch and he improved as the game progressed. 7.0/10

Rodrigo Bentancur: A little in and out of the game and was dispossessed for Lazio’s one good chance of the first ’45. Really needs to step up when starting. 6.0/10

Cristiano Ronaldo: Forced to shoot from distance but had a few half chances in the air. Transformed the second half with two goals, breaking records along the way, and could easily have had a hattrick on another day. Excellent. 8.0/10

Douglas Costa: Good running and pace but not clinical in the Lazio half and just didn’t make any kind of meaningful impact. 5.5/10

Paulo Dybala: Dropped deep and drifted across the pitch to try and create something but looked tired to start with. Stepped it up a gear in the second half, linking brilliantly with Ronaldo and providing a superb assist. 7.5/10

Paratici: ‘Ronaldo and Sarri will stay, Dybala to renew’