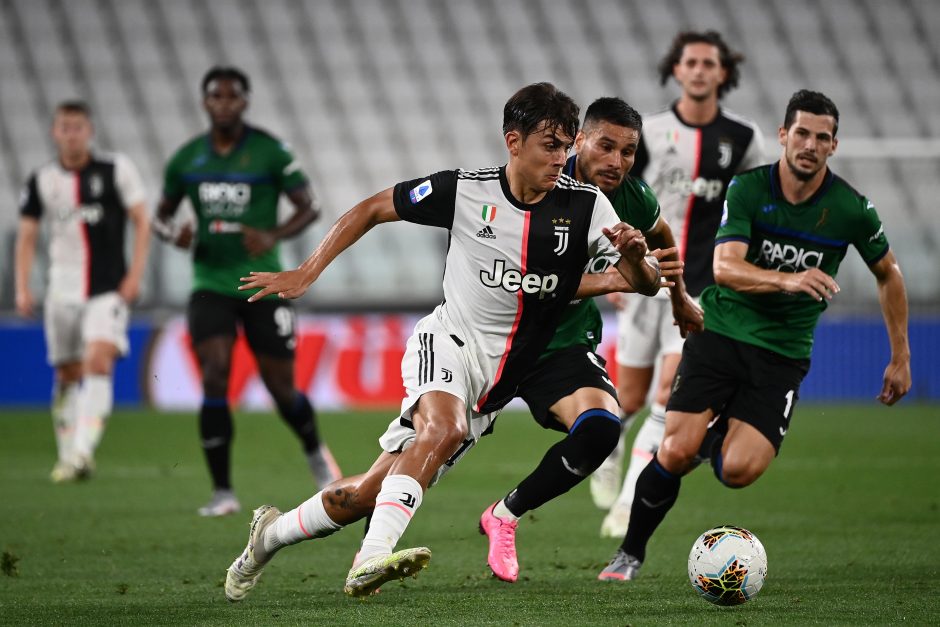 Juventus put in another poor performance but scraped a draw against a dogged and determined Atalanta with Cristiano Ronaldo scoring a brace from the spot.

Tek: Perhaps could have done better on Atalanta’s opener and seemed under pressure every time he had the ball. Left at sea by his defenders and midfield on the second. 5.0/10

Juan Cuadrado: Most of the action seemed to come down his side in the opening half, and he struggled to cope – Needless booking that rules him out of the Sassuolo game. Some occasional good passes but not enough. 5.5/10

Leonardo Bonucci: Perhaps could have done something on Zapata’s opening goal. Good in the air, but he still looks shaky at times and not at his best. 5.5/10

Matthijs De Ligt: Needed to do better on Papu when he set up Zapata, made a vital interception shortly thereafter. 4 clearances, 2 tackles, 2 interceptions – Looked in pain for spells due to his shoulder. 6.0/10

Danilo: Looked under pressure early on and was all too easily beaten Hateboer in the opening half. Offered next to nothing when Juve moved forward. 4.5/10

Adrien Rabiot: Battled hard and made some decent tackles while working to move Juve forward, but the end product lacked. Caught napping on Atalanta’s second. 5.5/10

Rodrigo Bentancur: At fault for the opening goal, but tried to make up for it as the game went on. Was on his way to redeeming himself when at fault for the second Atalanta goal. 5.5/10

Cristiano Ronaldo: A ghost for large spells of the first half but sprung to life in the second half. Scored both the goals from the spot and could have had a third. Clinical and efficient. 7.0/10

Federico Bernardeschi: Wasteful every time he got on the ball in the first 45′ mins and did little of note. 5.5/10

Paulo Dybala: Looked the only player likely to create anything with some great footwork and had one half chance to level the scoring. 6.0/10

Alex Sandro: Helped steady things at the back and offered more of a threat. 6.0/10