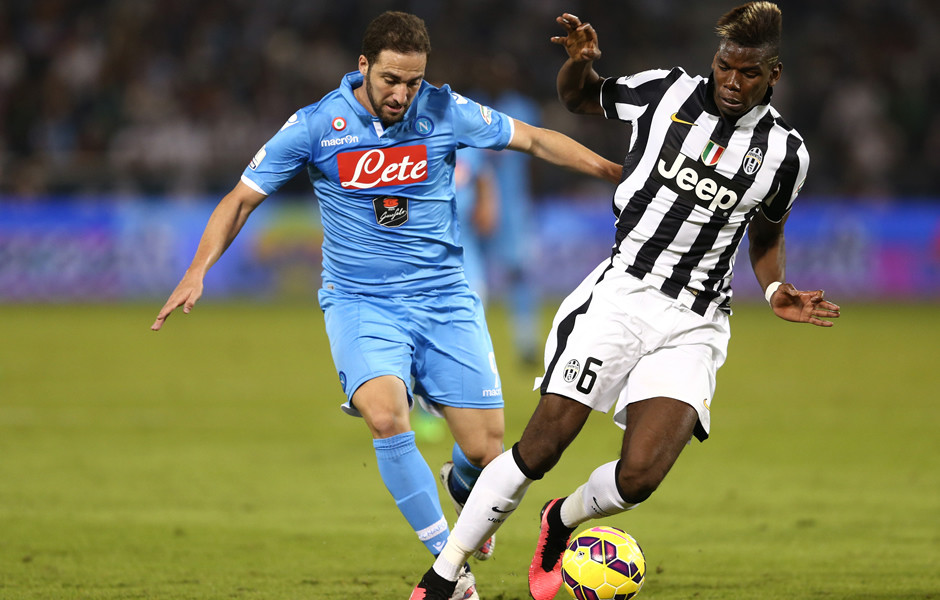 After the first sixteen matches of the 2014/15 campaign, Juventus go into the winter break and the Super Cup sitting on top of the Serie A table with a three point lead in a tight race with title contenders, AS Roma.

With the two Italian sides traveling from the North and the South, respectively to Doha, Qatar, The Little Donkeys of Napoli and The Old Lady of Torino find themselves meeting in the Italian Super Cup for the second time in three seasons.

Napoli boss, Rafael Benitez has been on the radar of the Italian press as of late after a somewhat disappointing start to the season. The aspiration of being a serious title contender–or at least a lock for third place–was the goal at the beginning of the season, but with Napoli sitting nine points behind Roma and twelve behind Juventus, the former goal looks more and more difficult to reach. Although, after having played half of the season’s matches, Napoli sit drawn with Lazio with 27 points in third place; a strong contest for the Bianconeri in Qatar.

It did not take long, however, for Juve to break the deadlock after a dreadful mistake between Raul Albiol and Kalidou Koulibaly allowing Tevez to creep his way through the Napoli defense, smashing the ball and deflecting it through the legs of Rafael Cabral and into the back of the net after only five minutes of play. With Napoli stunned, they were forced to react quickly if they wanted to stay in the match and avoid conceding more goals, which evidently turned out to be the case.

Napoli’s attack deemed very dangerous through the many efforts of the Azzurri captain, Marek Hamsik and star striker, Gonzalo Higuain. The Argentine forward nearly answered back after hitting the post upon chipping Gigi Buffon on a threatening counter attack, but luck remained with The Old Lady to keep the score at 1-0 after the end of the first half.

After the intermission, Juventus came out very stale and unimpressive. Pirlo was misplacing passes and the midfield began committing a number of fouls, some in dangerous areas. There was one man in particular, however, who shined while the rest were dull. That man was Patrice “Uncle Pat” Evra, winning tackles and moving forward extremely well and with purpose. His fellow countryman also found himself getting forward and helping on the defense, not allowing Higuain to make contact with the ball in the six yard box.

It was not long after halftime that Higuain was finally able to level the score, and he did so in the 68th minute after finding the end of a beautiful cross and directing it towards the far post with his head, beating Buffon while doing so. Andrea Pirlo, who was subbed off just minutes before the equalizer, was replaced by the former Udinese and River Plate midfielder, Roberto Pereyra was partially at fault for allowing the attack.

The score remained 1-1 at the end of the 90 minutes and the two sides were forced to go to extra time. After pure domination in the opening half of extra time, Carlitos Tevez found his second goal of the match after an absolutely unbelievable effort from Paul Pogba who danced through the Napoli defense and found Tevez who dummied the ball and nailed it to the far post, again beating Rafael, making it 2-1 in the 106th minute.

The minutes ran down and another Juventus Super Cup seemed in the hands of The Old Lady, but as time went on in the second half of extra time, Gonzalo Higuain proved everyone wrong and matched Tevez’s double after much confusion from the Bianconero defense which was a tap in, in the end.

As the shootouts began, nerves creeped around the souls of Juventini and Napoletani, respectively, and Buffon miraculously saved the first penalty, giving Tevez the opportunity to give Juventus a great advantage. Tevez, however, hit the post and everything became unclear. After nobody looked like missing after the next several penalties, Buffon again came to the rescue and saved the shot from Mertens only for Chiellini to have his saved in an opportunity for him to be a hero. After more distress, Buffon remembered that all good things come in threes and saved yet another penalty, but the drama continued. Pereyra stepped up with his own opportunity to be a hero, but of course, hit it over the bar. In the end, it was do or die for Simone Padoin, but Rafael deemed more prepared and saved the poorly taken penalty, granting a well-fought victory for Napoli after a very dramatic final, ending the calendar year with a loss for The Bianconeri. 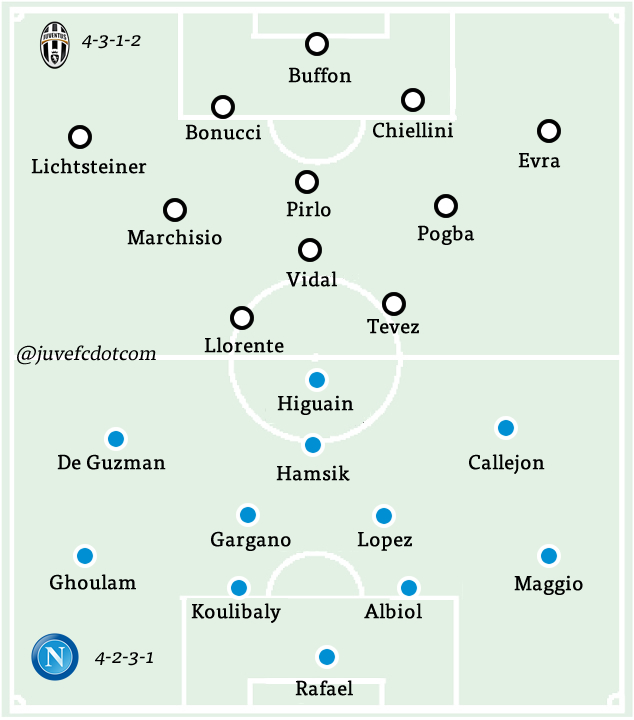